‘Owl’ About It? Cineálacha Ulchabhán i nGaeilge (Types of Owls in Irish)  Posted by róislín on Jan 14, 2015 in Irish Language 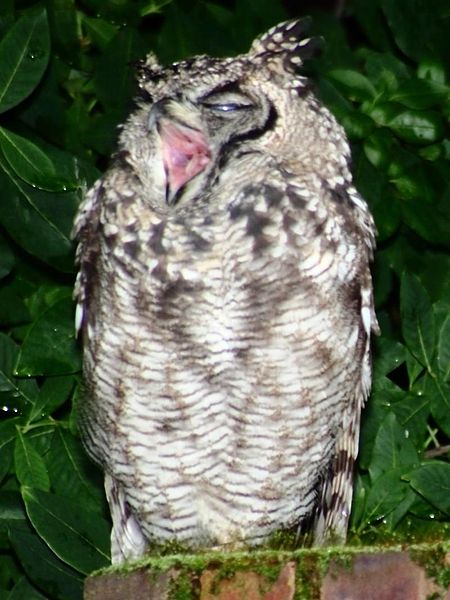 Since I just happened to mention the term “ulchabhán sneachtúil” in the most recent blog, I thought it would be fun to look into some other types of owls and what they’re called in Irish.  It’s especially interesting to see which terms mean basically the same thing in Irish and in English,  and which are fairly different.

To start with, let’s look at the basic word for owl itself:

Do you remember the plural forms?  When it’s the subject, we just need to add one letter for “owls” and two letters if we’re saying “the owls.”  Freagraí thíos.

sciatháin ulchabhán, owls’ wings (note that the letter we added before the “n” goes away, leaving us with just the “-án”)

For “of the owls,” the basic word ending stays the same (“-án”) but we add one more letter at the beginning of the word.  Our old friend “eclipsis” (urú).  Remember what happens with eclipsis before vowels?

sciatháin  na  __-ulchabhán, the wings of the owls (again, that added letter at the end disappears)

A colloquial term for owl is “cailleach oíche,” lit. old woman of the night.

And now for some types of owls:

barn owl or screech owl: scréachóg reilige, literally “screecher of the cemetery,” not exactly “barn” and not literally “owl,” so one translation is closer than the other

Speaking of owls, one phrase from Harry Potter that always intrigued me is “Eeylops Owl Emporium.”  Almost every unusual word in the Harry Potter series seems to have some explanation (like Erised, Mungo, and even Hogwarts itself) but I never found an explanation of “Eeylops” (and I just double-checked the Harry Potter wikia,  http://harrypotter.wikia.com/wiki/Eeylops_Owl_Emporium).  If it’s some sort of word play, it has eluded me for, hmm, wow, almost 18 years, since the first Harry Potter book appeared.  In the Irish translation, the store is simply called “Ollsiopa Ulchabhán” (Great-Shop of Owls).  It advertises the following types of owls.  Can you translate them (aistriúchán thíos):

Well, that’s about it for now.  There are of course many other owls we could think of in a literary context, but here, at least, we’ve made a start.  Is ulchabhán sneachtúil í Hedwig.  So maybe more on owls later, but for now, dare I say it, “Toodle-hoo! Hoo!” – Róislín

9 Feabhra 2015 (a link I couldn’t resist adding; the title is self-explanatory):

ulchabháin, owls (an inserted “i” marks the plural for this word)

na  hulchabháin, the owls (prefixed “h” because the noun begins with a vowel)

sciatháin ulchabhán, owls’ wings (back to the original “-án” ending)

sciatháin  na  n-ulchabhán, the wings of the owls (“n-” as a new prefix, showing eclipsis)

Aistriúchán (literally, from the Irish):