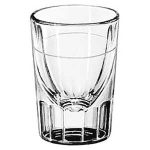 Continuing with the topic of tippling and toping for Lá Fhéile Pádraig, here’s another interesting assortment of timely tidbits of vocabulary.  Four of the words in the title actually have to do with drinking (really three and a variation), and two have nothing to do with drinking, but are simply here as a reminder of the importance of long marks over vowels in Irish.  In these cases, the síntí fada are the only way to distinguish certain words from their near-homonym short-voweled dictionary-entry mates.

First let’s look at “póit” and “poit.”  Which is the drinking term?  “Póit,” ar ndóigh.  It’s widely used these days for “hangover,” but it can also mean “drinking-bout” or “excessive drinking” in general.  It shows up in the proverbial cure: Leigheas na póite a hól arís, often understood as “the hair of the dog that bit you,” but literally it means “the cure of the hangover is its drinking again.”

The vowel sound for “póit” is a long “oh,” so the word sounds almost like English “poach.”  On the other hand, we do have the word “poit” (a poke or nudge), which sounds more like “pwitch” or “pitch.”

Next we have “poitín” [POTCH-een] and “póitín” [POHTCH-een]  In this case, the version with the long “o” is simply a variation of “poitín.”  In my experience, poitín (short “o”) is much more widely used.  Since the word “poitín” is based on “pota” (a pot), the “o” in “poitín” would likely be short.

Just to add to the mix, we could add the diminutive suffix, “-ín” to the word for “hangover,” and make it “póitín” also.  So that would be a small or slight hangover, as well as a variation of the beverage that could actually give you the “póit.”

So does this mean that if you have a small hangover after drowning your shamrock in a small container of home-distilled (i.e. illicit) whiskey, you would have póitín tar éis poitín poitin Pádraig (a little hangover after a little pot of Pádraig’s poteen)?  Of course, it was any ordinary gentleman named Patrick, not Naomh Pádraig é féin, we’d have lenition (póitín tar éis poitín poitín Phádraig).  The saint’s name is usually exempt from the standard initial mutation, cf. “Lá Fhéile Pádraig” (no lenition for St. Patrick) but “lá breithe Phádraig” (with lenition) for example, if you were talking about your brother or friend named “Patrick.”  Puzal focal, nach ea?  SGF, Róislín