5 Reasons Why Language Learners Should Focus on Vocabulary Posted by meaghan on Nov 25, 2013 in Archived Posts

New language learners may assume that learning grammar is more important than learning vocabulary. Can you really learn a language if you’re unfamiliar with sentence structure, verb conjugation, noun-adjective agreement, and so on? If you want to reach advanced proficiency, the answer is an obvious no!

On the other hand, studies have shown that, of all the factors contributing to language proficiency, vocabulary size is by far the single most significant factor, accounting for anywhere from 50% to 70% of proficiency gains depending on the language and the skill being studied.

So why is it just as important, if not more important, to focus on vocabulary? 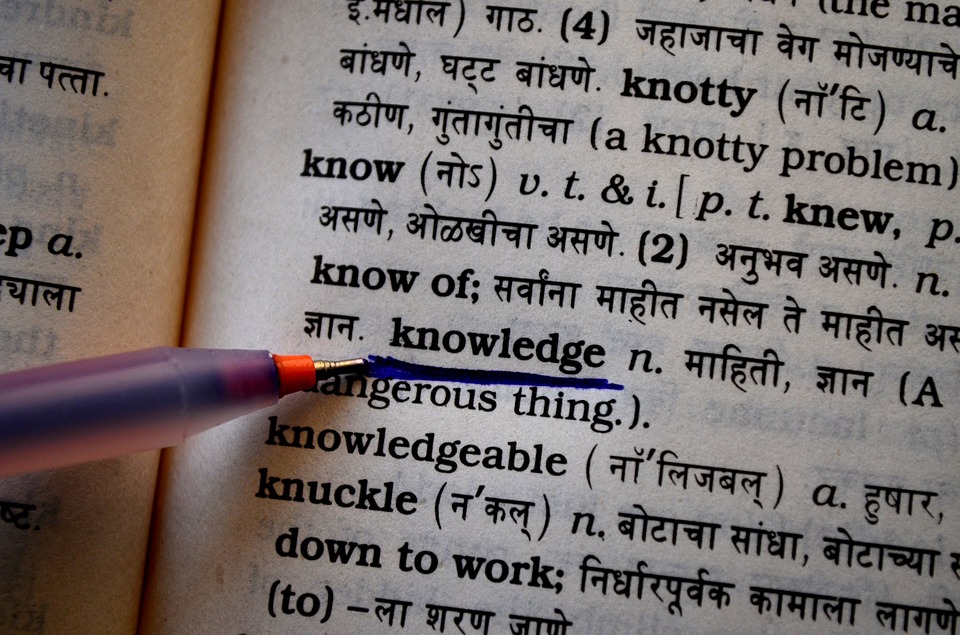 1. Words and phrases are the building blocks of a language.

As Mr. Wilkins points out above, without basic vocabulary, you can’t say a word (oh, lame puns, how I love you). Vocabulary is the foundation of a language upon which grammar, idioms, and other more complex structures can be built. Take this story, for example:

In his book, Vocabulary Myths, ESL teacher Keith Folse tells of his adventure to the supermarket in Japan. He plans to buy some flour, armed with the perfect sentence structure, “Sumimasen, ____ -wa doko desu ka?” (Excuse me, where is the ____?). But there’s one problem: he doesn’t know the word for “flour”. He spies one of his Japanese students in the store and asks for the word. Unfortunately, his student replies “hana” (flower), not “komugi” (flour). After being sent to the floral section, he realizes how vital vocabulary can be for simple communication. The one word “flour” would have led him to the product. Instead, he wound up with chrysanthemums.

2. The larger your vocabulary, the more easily you learn new functions, and the more “native-like” you sound.

The cool part, though, is that much of what was originally thought to be processed by the procedural memory is actually declarative. For example, an expression like “She has no idea.” was traditionally thought to be an exercise in grammar—conjugating “has”, negating with “no”, etc. But this is actually processed declaratively as a “chunk”. The more of these “chunks” you know, the less time you need to process and produce fluent speech. Instead of referring to a grammar rule to express an idea, learners with large vocabularies draw from these pre-constructed chunks, stringing them together into longer, more “native-like” sentences.

3. It makes you better at the things you want to do.

It’s just like running—many runners do it to train for another sport. Nobody learns a language with the end goal of learning vocabulary.  But a large vocabulary will make you a better speaker, listener, reader, and writer of the language you’re learning.

Think about how much easier it would be to read a novel in your second language if you didn’t have to look up 10 new words on every page. Or, think about how much more fluid your writing would sound if you knew some stronger synonyms for words like “good.” Most importantly, you’ll be able to communicate better if you can understand and be understood!

Sometimes learning grammar can be downright demoralizing. What the heck is a case anyway? Sometimes you just want to study the language and actually understand what the heck is going on.

Vocabulary, sweet, reliable vocabulary, won’t put you down. Find a method that works for you, and you can’t go wrong! Be it flashcards, image association, or some other surefire method, if you want to spend a quality 15 minutes studying, just drill through some vocabulary. It’ll be the most productive 15 minutes of your day, and you’ll feel damn good when you put those new words to good use! Cases and tenses—shmases and shmenses!

Not only will acquiring vocabulary make you feel good about your ability to absorb a new language, but it opens up a million opportunities to study. Whether you’re on the treadmill, walking the dog, commuting on the bus, cooking dinner, or in the dreaded waiting room at the dentist, you can be studying vocabulary. No textbooks required. No paper flashcards required either, if that’s not your style.

Grab your phone or tablet and you’re good to go! Anywhere that you usually check Facebook, do yourself a favor and swap it out for Transparent Language Online.