Something Borrowed, Something Blue… or Red Posted by Transparent Language on Feb 12, 2014 in Archived Posts

A wedding is a momentous occasion in every corner of the globe, though the event itself may take vastly different forms from one country to another. From the proposal to the preparations to the ceremony, the entire nuptial process is chock-full of traditions and superstitions. Not a detail is overlooked, with cultural peculiarities influencing the choice of date, clothing, food, gifts, and more. It’s almost no wonder why bridezilla comes out once in a while, with all of the planning that goes in to the big day. 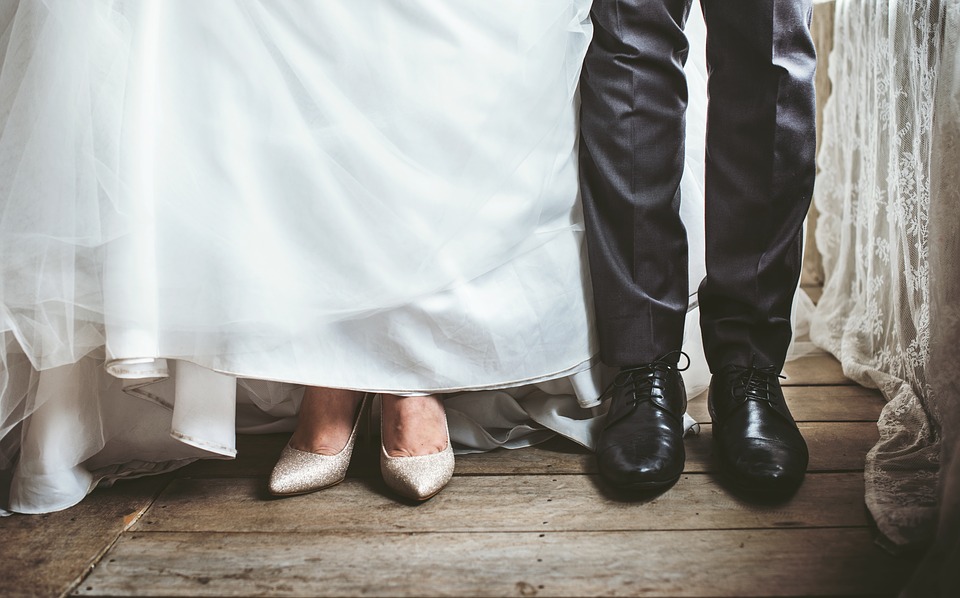 In the U.S., as in many cultures, the man is traditionally the one to propose. Sometimes he will ask the bride’s father for permission before getting down on one knee, but other cultures really make him work for it! In traditional Chinese culture, the man’s family must send the bride’s family three letters: the first is a request letter asking for permission, followed by a gift letter offering a series of gifts to the bride’s family and detailing the value of these offerings. Once they family accepts and the big day arrives, the third and final wedding letter can be given.

In Greece, on the other hand, the woman has to work a little harder. Before the wedding, the bride and her single companions will make the bed the couple will share after their wedding. The groom inspects the bed and can strip the bed and request it be remade until he is pleased with it. Fortunately, once the bed is satisfactorily made, friends and family are invited to the room to leave gifts on the bed. Guests leave money to help the couple begin their life together, and rice to symbolize the roots they will grow as a family.

After a couple is happily engaged, they will need to set a date for the wedding. In many western cultures, the date is set based on obvious factors like weather and availability. In Sweden, for example, most weddings take place in the summer months, particularly August, because who wants to begin their lives together in a blizzard? In Poland, on the other hand, there are no weddings held during the 40-day Lent, and couples choose not to get married in May, as superstition holds that couples who wed in that month won’t make it. If a couple is really desperate for the perfect day, they could follow the lead of the Chinese, who hire fortune tellers to help choose the most auspicious date for the ceremony.

Finally, the big day arrives! But there’s still plenty to be done. In “big fat” Greek weddings, the best man is a busy guy. He is trusted to shave the groom’s beard and assist the bride with her shoes. A Greek bride will claim her shoes don’t fit, forcing the best man to stuff money into her shoes until they fit. If only that would happen every time I go shoe shopping…  Meanwhile, in a Chinese wedding, the bride and groom may be focusing more on the color of their clothing, not the fit. Red is a lucky color in China, so it is featured prominently in most wedding ceremonies. Decorations are red, guests give gifts in red envelopes, and the bride may even wear a red dress, though nowadays many choose to wear a white dress. Nobody wears black, however, as it is a symbol of mourning and loss.

The ceremony itself is prone to cultural practices as well. In Poland and Sweden, brides and grooms typically walk down the aisle together, rather than the bride’s father guiding her to the altar. When the newlywed Poles leave the church, they are showered with coins which will bring them luck, as long as they pick up and save every coin! When they arrive at the reception hall, they are given bread and salt to symbolize prosperity. This, of course, is followed up by a shot of vodka, which is to be slammed down so hard that the glass breaks. Speaking of alcohol, don’t be caught leaving an empty bottle on the table at a Russian wedding. When bottles are emptied, they must be moved under the table to avoid bad luck for the happy couple.

While they may not all include something borrowed and something blue, weddings around the world all seem to share something old and something new, as traditional customs meet popular culture. What are some wedding traditions in your culture? What old and new traditions did you incorporate into your wedding?