Language Learning in the Real World Posted by Malachi Rempen on Sep 14, 2015 in Archived Posts 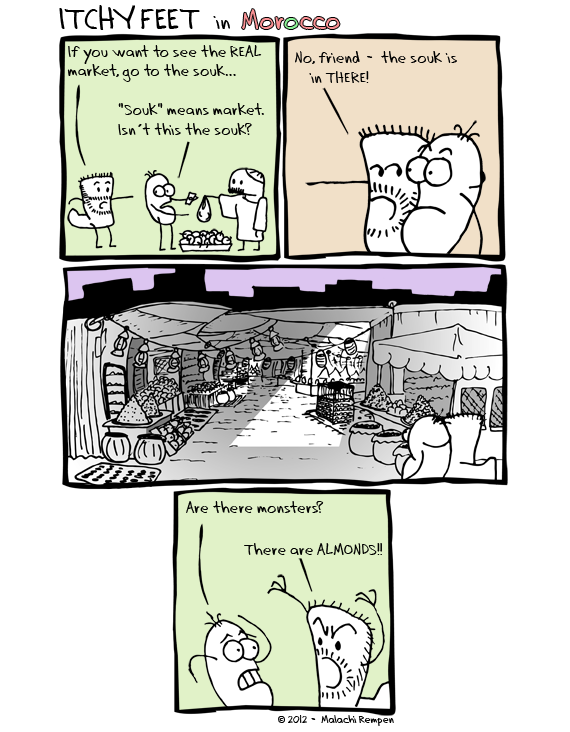 These days, learning a language from the comfort of your armchair is as easy as 1, 2, internet! We’ve got software, we’ve got websites, we’ve got resources of every imaginable sort. We’ve got endless pages of grammar tables and translation searches and color-coded graphs and entertaining blogs and ways to Skype and communicate with real, actual native speakers, as well as meet up with them in person (I suppose you could have them visit you, so you wouldn’t have to leave your comfy, comfy armchair).

But it’s not enough, I tell you! Don’t be caught in the armchair trap. The real language is spoken out there.

Now, some of you are learning a language with the express purpose of traveling to a country in which that language is popularly spoken, whether for work or simply because you like picking up the world’s most challenging hobbies. Some of you may even already be living in such a country, and have realized either that you can’t get by adequately with your native tongue, or that you have been getting by too well and it’s about freakin’ time you learned what on Earth the locals are saying about you when you pass by (I’m looking at you, native English speakers). If you are one of these people, that’s very nice for you. You don’t need to finish reading this; you may shut your computing device or mobile unit and go about your business.

But if you’re learning a language with no intention of ever setting foot in the land where it’s spoken – perhaps you fear the local cuisine, or maybe you’re just learning it to get bonus points with a hot date – then allow me to encourage you to put it high on your to-do list.

As in the comic above, you can learn what a word is easily enough, but you might not know what that word means until you’re standing on the soil of that word’s native land. Languages are fluid – no, I’d go so far as to say they’re gaseous. They’re constantly shifting and moving and changing shape, and with any language there are at least two parallel universes: what the textbook teaches you, and what’s spoken. Often times they overlap (as with German) but just as often they have little to do with one another (as with Arabic). You can be studying a language for years but have no idea what locals are saying to each other when you reach the street level. I’ve been living in Berlin for three years, studied German for four and I still can’t get a word of the Berliner dialect through my thick head.

To be on the front lines of a language is not just thrilling and a mighty challenge, it’s also important. Like food, language is an integral part of a culture, and to get the full picture you need to experience that culture for yourself.

So make it happen! I realize that travel is expensive and time-consuming, but where there’s a will, there’s a way. You obviously already have the will to learn a totally new language – so you know there’s a way to visit the place where that language was born.