Throughout the month of March, I have been torn between writing about Ancient Roman social media, women, or graffiti. Then, I considered – why should I even choose? I can make all three topics fit. 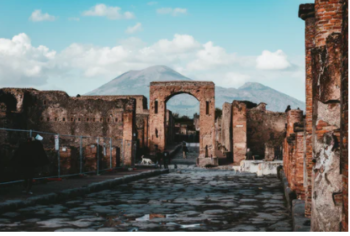 Photo by Andy Holmes on Unsplash

These past two months we have been looking at the ever-lasting effect of graffiti and how graffiti has been used in politics and sports. Thus, this month’s post will look at what I am terming “Ancient Roman Social Media” with an emphasis on women.

Hence, women are often forgotten or mistold in history, especially ancient history. So, the examination of graffiti (in our case Pompeii graffiti) can lend insight into some of the daily life emotions and roles they had in society.

And, it is clear through the snippets of graffiti written on physical walls – not virtual ones – that women were part to essential life or rather the gossipy portions of life. All of these writings deal with high emotions of lust, love, concern, or bragging rights. Thus, it sounds very much life Ancient Roman social media. Also, it should be noted there are quite some scandalous and crude “posts” that were not part of this blog, but are easy to find.