We are starting a new year in a few days AND a new decade. This can truly be seen as a time of transformations and new beginnings. Hopefully, these new transitions can allow for continued happiness and joy in your life OR a cleansing of the past years.  However, today in anticipation of the New Year, I wanted to talk about the Ancient Romans New Year traditions and inception. 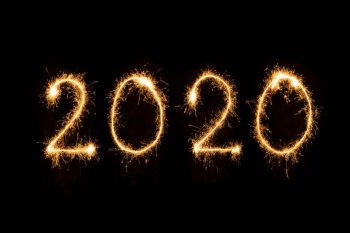 The early Roman calendar designated March 1 as the first day of the year. The calendar had just ten months, beginning with March. That the new year once began with the month of March is still reflected in some of the names of the months. You might recall this from the earlier post this year about the calendar, which can be found here. 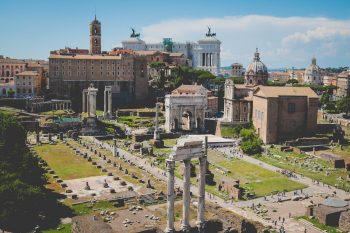 The January Kalends (Kalendae Ianuariae) came to be celebrated as the new year at some point after it became the day for the inaugurating new consuls in 153 BC.

Just as a side note about the word and term “Kalends” – the Romans called the first day of every month the calends, signifying the start of a new lunar phase. On this day, the pontiffs would announce the number of days until the next month at the Curia Calabra; in addition, debtors had to pay off their debts on this day. (Oh what a wonderful time!)

Once it became the new year, however, it became a time for family gatherings and celebrations.  Market days were never held of the Kalendae Ianuariae due to superstition – A series of disasters, notably including the failed rebellion of M. Aemilius Lepidus in 78 BC, established a superstition (again we recall some superstitions the Romans had in the following post) against allowing Rome’s market days to fall on the kalends of January.

The nundinae were the market days of the ancient Roman calendar, forming a kind of weekend including, for a certain period, rest from work for the ruling class. During this time farmers and craftsmen from Rome’s hinterlands would rest from work and come visit the city, selling groceries and supplies which the Romans or their slaves would purchase for the next eight days. Auctions were held for many items and goods. Children and adolescents were exempted from school. (Truly it was a time of rest and entertainment for some Romans) 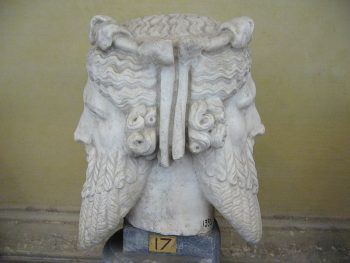 January 1 was celebrated by giving offerings to the god Janus in the hope of gaining good fortune for the new year. This day was seen as setting the stage for the next twelve months, and it was common for friends and neighbors to make a positive start to the year by exchanging well wishes and gifts of figs and honey with one another. According to the poet Ovid, most Romans also chose to work for at least part of New Year’s Day, as idleness was seen as a bad omen for the rest of the year. 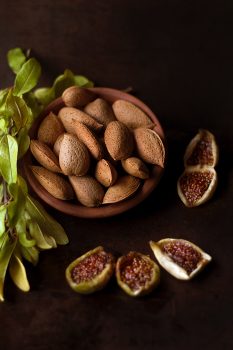 So, what have take from the Romans about New Years Day – you want to start off on a good foot. You want to be kind and nice to others. You do not want to do ANYTHING that could jinx the rest of your year as bad. Being idle might be nice but it is setting the tone for the rest of the year – so do SOMETHING productive. The idea of the resolution may be tied to Janus in the notion of looking backwards and forwards on the events of the past year and the future year.  So, with Janus symbolically looked backwards into the previous year and ahead into the future, the Romans probably offered sacrifices to the deity and made promises of good conduct for the coming year. Today we post to the social media gods/platforms all of our happenings and wishes who does indeed keep track of both.