A lot aconteceu (has happened) since the first surto (outbreak) of the new coronavirus in early 2020. The doença (disease) that we knew little about it a year ago is now incorporated into our everyday existence. As of mid-February 2021, about 106 million people have contracted the virus, and just over 2 million and 300,000 of which  morreram (have passed away) worldwide. Among the most remarkable moments since its início (beginning), what comes to mind are the dark and triste (sad) images of the outbreak in Italy, Spain or the United States. However, one of the most gruesome moments of the pandemic took place in Brazil, in the beginning of 2021. 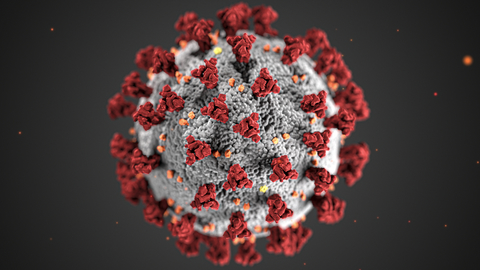 Last year, the city of Manaus, capital of the state of Amazonas, underwent a serious crisis due to the new coronavirus. With a collapsed rede de saúde (healthcare system) due to the high level of hospitalizations, the number of deaths in the city aumentou (escalated) rapidly. This sparked a nationwide reaction, in which the governor himself delivered an emotional speech urging people to se proteger (protect themselves) by following the WHO (World Health Organization) prevention protocols and, thus moving away from President Jair Bolsonaro’s stance of denial towards the effects of the pandemic.

The expectation was that the large number of infections in the city would boost the so-called “imunidade de rebanho” (herd immunity), where those recuperados (recovered) would produce anticorpos (antibodies) and serve as a barrier to further contagion. However, after the end of the year, as the numbers of infected people were aumentando (on the rise) again at a fast rate, uma segunda onda (a second wave) as violent as the first one started. Local health authorities alertaram (warned) the federal government multiple times about the health crisis in addition to the imminent lack of oxygen tanks in hospital facilities, but got no response or action in return.

Due to the inaction of the Ministério da Saúde (Ministry of Health) and the President of the Republic, Manaus saw o pior (the worst) happen. The hospital oxygen acabou (ran out) and mortality rates were rampant. Dozens of people died asphyxiated during the catastrophic situation. Chaos ensued in the city and it soon made the national and international headlines. The Guardian newspaper published a detailed artigo (article) entitled “‘A complete massacre, a horror film’: inside Brazil’s Covid disaster” which can be accessed here (https://www.theguardian.com/world/2021/jan/24/brazil -covid-coronavirus-deaths-cases-amazonas-state).

Countless Brazilian celebrities se uniram (came together) to salvar (save) the city and even the Venezuelan government (much criticized by our President of Brazil) sent over trucks with oxygen tanks. The situation is still dramatic across the state, and Brazilian justice entities have started an investigation against the current minister of health, Eduardo Pazuello, and also against Jair Bolsonaro to assess whether there has been federal negligence regarding the situation in the state of Amazonas.

Você estava por dentro das notícias sobre o coronavírus no Brasil?  Were you aware of the coronavirus news in Brazil? Make sure to comment below. Até a próxima!