Bom dia, amigos leitores! Good morning, readers! Today we will move forward with our series on estados brasileiros (Brazilian states). With vinte e sete (27) federative units that make up our country, we reached number 14 in our texts. To celebrate this milestone, we will talk about the state of Paraíba, which is located in the  nordeste (northeast), where the exuberance of the litoral (coast) stands in sharp contrast with the dryness of its interior (countryside). So se preparem (get ready), because you will both find  belas praias (gorgeous beaches), but also discover the unique beleza (beauty) of the Paraiba sertão (backcountry). Let’s get to know a little more about Paraíba?

The name Paraíba comes from the state’s rio principal (main river), which, in turn, derives from the Tupi language words pa’ra (“river” or “sea”) and a’iba (“bad” or “difficult to invade”). And it is on the banks of this “rio difícil de invadir” (river that is difficult to invade) that the state capital, João Pessoa, is located, one of the mais antigas cidades brasileiras (oldest Brazilian cities), founded in 1585.

Just like Olinda, in Pernambuco, the city of Paraíba has a vast architectural richness which alone would be worth visiting. But before we go into tourism, let’s take a look at some important facts about the region.

Though one of the menores (smallest) Brazilian states, Paraíba, with its more than 56 thousand square kilometers is almost as big as Croatia. In addition to the Atlantic Ocean, it borders Pernambuco, Ceará and Rio Grande do Norte. As the area is located next to the Equator, you can expect clima muito quente (intensely hot weather) throughout the year, the average temperatures here are 27˚C. In the sertão, a dry region in the countryside, chuva (rainfall) is rare, but on the coast it is quite abundant for todas as estações (all seasons). This climatic division also influences the local cuisine. 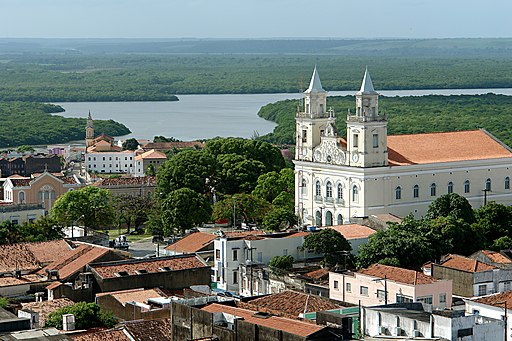 Paraíba comida típica (typical food) is very similar to those of the northeastern region of Brazil in general, ranging from frutos do mar (seafood) along the coast to dishes with carne de bode (goat meat) and beef in the backcountry.

Paraíba is also the berço (birthplace) of countless people who have become famous in the country. This is where the communications tycoon and the man behind Brazil’s first television channel, Assis Chateaubriand, also known as the Brazilian Citizen Kane, nasceu (was born). Filmmaker Walter Carvalho, director of Oscar-nominated “Central do Brasil”, and escritores (writers) Ariano Suassuna and Augusto dos Anjos are other renowned ‘Paraibanos’. In music, names like Elba Ramalho, Jackson do Pandeiro, Chico César and Genival Lacerda are major artists in our popular culture. 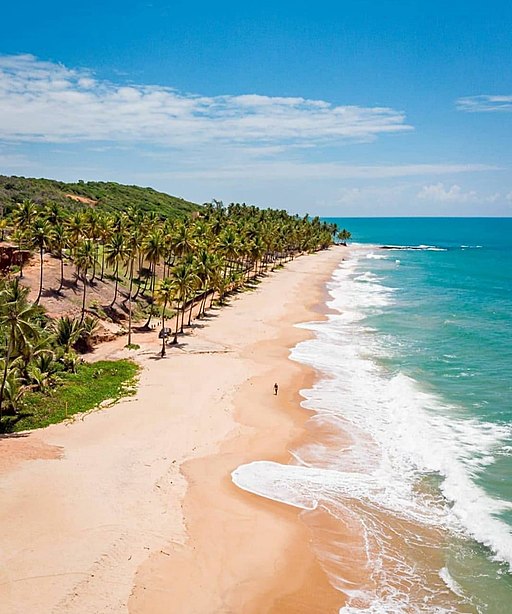 And culture is one of the state’s main attractions. The city of Campina Grande holds one of the biggest São João parties do Brasil. As ruas (the streets) swarm with people who perform traditional dances, which partygoers can enjoy along with muitas canções (many songs) and local foods. Keep in mind that this festival always takes place no mês de julho (in the month of July)! And last but not least, the a beleza natural (natural beauty) of the state is not to be missed, and you will certainly come across one of the most beautiful coastal regions in the country. In João Pessoa, be sure to visit the beaches of Cabo Branco and Bessa, while in the city of Conde the go-to place is Coqueirinho, Tambaba and Tabatinga. There are many idyllic places in Paraíba, so be sure to do your research.

Have you heard of Paraíba before? Tell us what you think of our tips and see you next time! Até mais!