Sateré-Mawé, Tukano, Kuikuro, Tupi, Mbya, Matipu, Xikrin, Waiwai, Yanomami, Xingu and Yawanawá. These names probably don’t sound familiar to you, do they? Well, you are not alone, as many Brazilians are able to recognize only a few of them, if any. These are the names of some of the more than three hundred grupos indígenas (native groups) in Brazil. Their culture permeate the Brazilian imaginary and daily lives, though it is still quite discriminated against and not very well known. Our text today will cover the o primeiro restaurante de culinária exclusivamente indígena (first restaurant serving exclusively indigenous cuisine) that recently opened in Manaus, capital of the state of Amazonas.

Brazil is a huge melting pot of many cultures and ethnicities that have set foot here. The native people – who are often also called ‘índios’, or indians, much like the Native-americans – with their ancestral conhecimento (knowledge) about natureza (nature) and medicinal properties of the alimentos (food) sourced from it, had a major influence in the national cuisine. Mandioca (cassava), açaí, guarana, pimentas (peppers) and fruits, many of the most common dishes and ingredients in Brazilian cuisine find suas raízes (their roots) in indigenous culture.

The Biatüwi restaurant was created with the goal of not only bringing typical indigenous (pratos) dishes to the capital of the state of Amazonas, but also the history and culture of these people who inhabit the floresta (forest) and who have a balanced and sustainable relationship with nature. All ingredients are purchased directly from the Amazonian indigenous communities, where the three founders of the restaurant came from. Now you must be wondering what kind of refeições (meals) you can have there, so time for the cardápio (menu)!

QUE TIPO DE COMIDA ELES SERVEM? | WHAT KIND OF FOOD DO THEY SERVE? 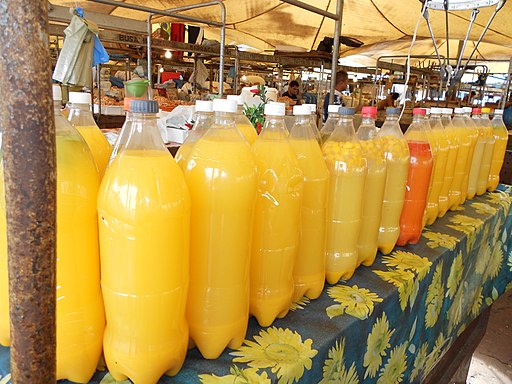 Biatüwi ou quinhapira: Known as the comida dos deuses (food of the gods), this is the restaurant’s flagship. It consists of a ensopado de peixe (fish stew) and tropical dried peppers. The dish can be served with tucupi, a yellow color liquid extracted from cassava, which is known as “the amazon soy sayce”.

Guarana grated in pirarucu’s tongue: You heard that right. A stimulant fruit (with about twice as much caffeine as coffee) highly appreciated in Brazil, guaraná is served as a caldo (broth) accompanied by the língua (tongue) of pirarucu, um dos maiores peixes de água doce do mundo (one of the largest freshwater fish in the world). This is a traditional dish of the Sateré-Mawé people.

Maniwara ants: As strange as it may sound, comer formigas (eating ants) is a tradition among the people that live along the Upper Rio Negro river banks in the Amazon. Cooked in água salgada (salted water) or even lightly torradas (roasted), only the cabeça (head) is served. Its sabor (flavor) is slightly spicy with notes of lemongrass, ginger and mint.

Bebidas | Drinks: You will find unique drinks, and the options that stand out the most are the aluá, made with fermented abacaxi (pineapple), and also xibé, which consists of a mixture of farinha (flour) with açaí and Amazonian fruits such as buriti or bacaba. 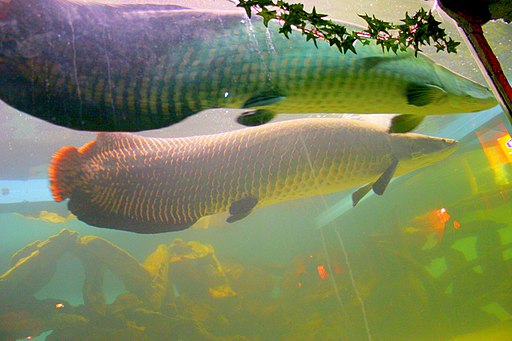 Although a cultura indígena has been present in the Brazilian territory since long before the arrival of Europeans over 500 years ago, it is impressive to remark that there are very still few restaurants dedicated to this cuisine. We hope that this new venture will inspire the emergence of muitos outros (many others) across the country. Have you tried any dish of Brazilian indigenous origin? If not, you can check out some of the on Biatüwi restaurant ‘s Instagram page. Não se esqueça de comentar abaixo. Até a próxima!