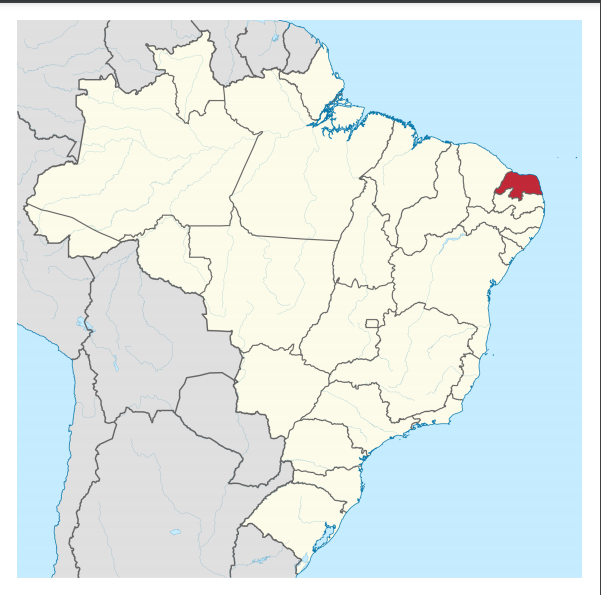 O estado do Rio Grande do Norte no mapa

Olá, amigos leitores! Hello, dear readers! If you have been keeping up with our series about the Estados brasileiros (Brazilian states), you might remember Rio Grande do Sul, terra do churrasco (land of barbecue) and chimarrão. But did you know that we have another state with a similar name in the opposite end of the country? This is Rio Grande do Norte, joia do litoral nordestino (a northeastern gem off the coast) that has little in common with its southern-named brother. And that’s our choice for today’s text. Vamos conhecer um pouco mais sobre este estado?

With an area of approximately 53,000 square kilometers, Rio Grande do Norte is roughly do tamanho (the size) of Bosnia or Costa Rica. In addition to being bathed by the Atlantic Ocean, it faz fronteiras (borders the states) of Paraíba and Ceará. As it is bem próximo (very close) to the equator, the climate varies between humid tropical in its faixa litorânea (coastal strip) and semi-arid no interior (in the countryside). But one thing is for sure, o calor (the heat) is intense throughout the year, and with its belas paisagens (beautiful landscapes), the state has become one of the most visited by locals and tourists alike. 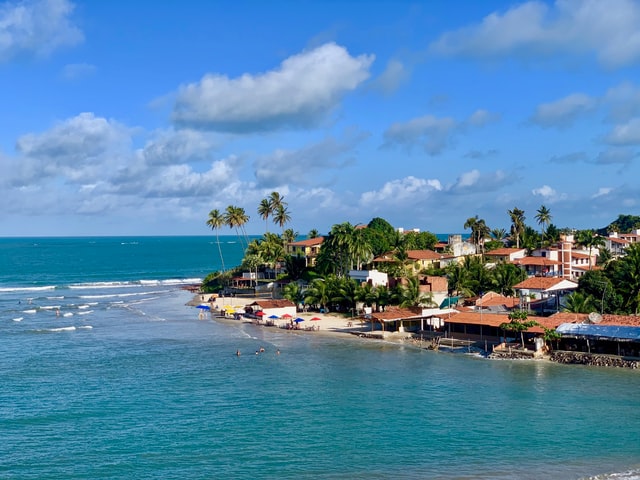 Areia branca (white sand) and águas cristalinas (crystal clear waters), astonishing praias (beaches) abound to cool off from the obscenely clima quente (hot weather). Natal, its capital city, is a paradise for those who want to enjoy o litoral (the coast) without leaving the comfort and hustle and bustle of uma cidade grande (a big city). On the southern part, the beaches of Pipa and Amor are famous for housing not only natural reserves but also for uma badalada vida noturna (a lively nightlife).

12 kilometers south, the city of Parnamirim is home to o maior cajueiro do mundo (the largest cashew tree in the world), which has an extension of more than 8,500 square meters! Yes, you heard that right. In the north, however, there are the amazing dunes of Genipabu, where you can ride buggies and explore an oasis amidst the sand hills. Inland, the city of Santa Cruz has the largest Catholic statue in the world. At 54 meters high, the statue of Santa Rita de Cássia is larger than that of Cristo Redentor (Christ the Redeemer) in Rio de Janeiro. For lovers of caminhadas (hiking) in montanhas e cavernas (mountains and caves), the Seridó Geopark is not to be missed. 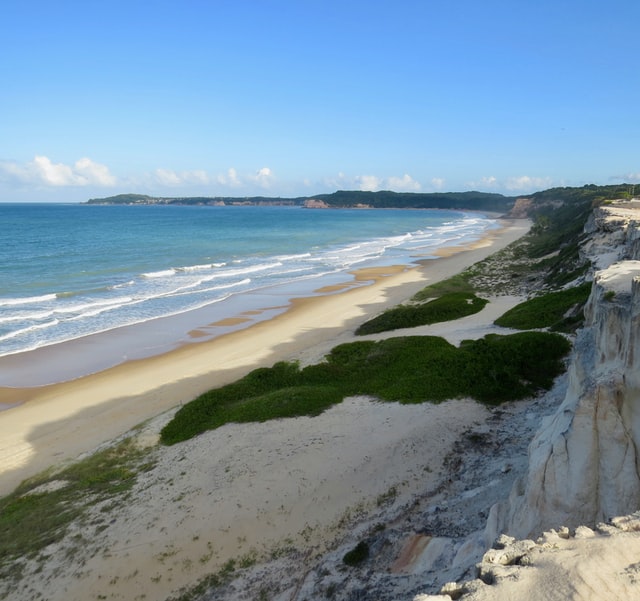 And to carry out all these activities, we need nos alimentar bem (to eat well). In Rio Grande do Norte, much like in other northeastern states, typical dishes range from frutos do mar (seafood) to sertanejo food, such as carne seca (dried meat), carne de bode (goat meat) and a lot of farinha de mandioca (cassava flour). Os pratos com caranguejo (crab dishes) are wonderful here, but if you don’t like it too much, try the wholesome Baião de Dois, a dish based on feijão, arroz e legumes variados (beans, rice and assorted vegetables), to top it off, queijo coalho (curd cheese) and dried meat are added to the mix. You sure eat well around here!