False Friends – How “ett kiss” in Swedish isn’t “a kiss” in English Posted by Chelsea B on May 13, 2020 in Culture, Swedish Language, Vocabulary 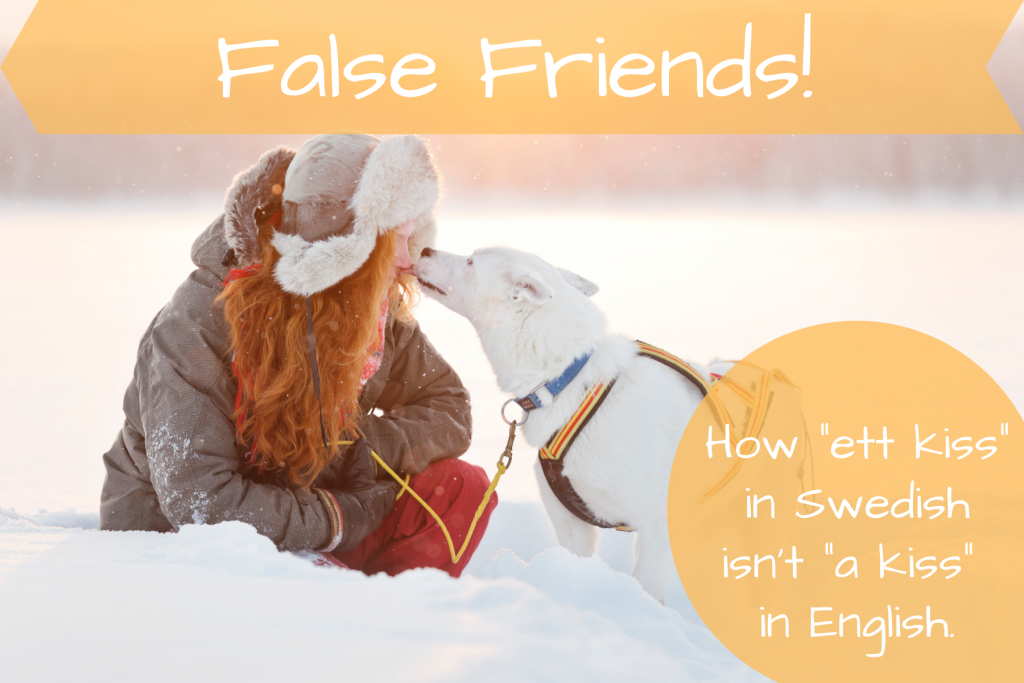 Faux amies or false friends are tricky little things for language learners! Called “bilingual homophones” these are words that look or sound similar between two or more languages but differ significantly in meaning. So, you guessed it, while (ett) kiss is pronounced relatively the same in Swedish as it is in English, it’s not a kiss, rather it’s urine. Sometimes these words can really get us into trouble, and sometimes they aren’t as harmful!

Indeed, there are many cognates that are exactly the same in English and Swedish. You may recall learning quite a few of these examples in my blog post featuring around the house nouns. In fact, one can often have a bit of luck when trying to translate words from one language to the other. Study and studera for example or discuss and diskutera, present and presentera, and so on. See what I mean? But alas, one cannot be too confident, after all, konkurrera in Swedish doesn’t mean “to concur/agree” it means to compete.

“False Friends” from Swedish to English

False friends are words that appear to mean the say thing from one language to another. Swedish has quite a few words that resemble English words but have different meanings altogether. Let’s review some false friends you may have already seen:

En semester is quite opposite of a school term, rather it’s a vacation.

Ett barn is a child. Somehow that one was easy for me to remember because my grandfather used to lovingly tell me that “children were born in barns.” Tack morfar!

Glass (en) is not “a glass” at all but the Swedish word for ice cream.
Gillar du glass? Do you like ice cream?

Is gift a Gift?

A classic joke in my beginning classes always develops around the word gift. In Swedish, this word has a double meaning; it’s both the adjective married and a noun for poison.

The word gipt from Old Norse means gift or dowry, often the most dreaded, and all-too-expensive part of nuptials. So, perhaps this gift was indeed like poison in the eyes of the Vikings. Come on Sigurðr, it can’t be that bad, right?

Speaking of bad (ett), that means a swim or a dip.

En kock means a chef.  And on the contrary, if chefen pulls you into her office, it means the boss wants to speak with you.

Wearing en kostym, a suit, to your job’s summer barbecue party is too formal. Unless you work at en fabrik, a factory, that makes suits, then you’re right on! 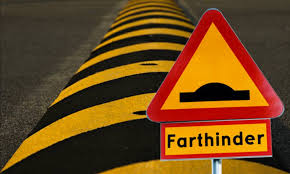 Nu kör vi full fart! Excuse me, what?! Full fart means full speed. So speed bumps in Sweden are called farthinder. If you don’t slow down at the farthinder, you may have a en smäll, a crash.

…and the list of Swedish and English False Friends Continues

Vi ska eventuellt flytta till Uppsala.  We will possibly move to Uppsala, (not eventually).

And finally, if you’d like to hug your new Swedish friend, don’t ask to hugga, because that is the verb for stab.

Who’s confused? False friends will do that to you! Can you think of more examples of false friends between Swedish and English? Which ones trip you up the most?