Common Scams in China Posted by sasha on May 30, 2017 in Culture

The last thing you want to have happen when you travel to a new country is fall for a scam (诈骗 – zhà piàn). There are quite a few in China, and unsuspecting tourists get conned day in and day out. To help you have a more enjoyable trip and avoid getting ripped off, here are some common scams in China.

“Help Me Practice My English”

If you’re walking around the touristy areas of Beijing or Shanghai, and a nice bubbly young Chinese group comes up to you asking to help them practice their English, run away. Fast. Seriously. It seems rude, but I’m willing to bet you a nice stack of kuai that these people are out to scam you. While it would be great if local college kids really just wanted to practice their English with you and show you around, they’re playing you for a fool and are going to do their best to empty your wallet. Here are a few things that could end up happening thanks to your new “friends:”

Who doesn’t want to check out a traditional tea ceremony when traveling in China? It sounds awesome, right? Too bad your eager tour guides are working with the people in the tea house to ensure you get an exorbitant bill at the end of your little tea time. It’s not uncommon to be presented with a bill of hundreds of dollars for what would usually cost well less than 100 RMB. Your new friends will act like this is totally normal and even have money to contribute to the bill. Of course, they’re not really paying for anything. They’re actually getting paid by the tea house. We fell for one on New Year’s Day in Shanghai one year because we let our guard down. Surely the open bar from the night before had something to do with that. Whoops. At least the tea was pretty good and now we can warn people about it!

“One of a kind?” Yeah, sure… Or I literally have the exact same one.

At a lot of these popular places, the professional scammers will claim to be art students. They’ll invite you to come check out their professor’s new gallery, where you can check out some real Chinese art and even take some home as a special souvenir if you really like it. What you’ll get taken to is a knick-knack shop with the same mass-produced crap you can find at any market, only at an outrageously inflated price. You know, because it’s “authentic” and going to support an “arts program.” I humored the kids and went in for a look near the Forbidden City once. They showed me this awful tiger print that we actually had in our apartment and tried to tell me it was one of a kind and made by their professor. Sure thing, guys.

Whenever you arrive in an airport or train station in China, you’ll be greeted by swarms of middle-aged dudes yelling at your in the worst broken English possible – “Halow! Ta-kuh-si!” These guys are black cab (黑车 – hēi chē) drivers, and you should stay far, far away. At the very least, they’re going to charge you double what it really should be. They could try to extort money from you by threatening to drop you off far from your destination or even steal your luggage. Just go wait at the taxi stand or jump on the subway with everyone else.

No, that’s not a typo. There are seriously fake buses in China. These usually happen at the long-distance bus stops that take you out to far-flung tourist destinations such as the Great Wall or Terracotta Warriors. One scam is a fake sign for the bus put up by taxi drivers. Of course, the bus never comes to this fake stop. That’s when the drivers swoop in and convince you to pay them since there are “no more buses” that day. Even worse are the tour group buses that use the same number as the city bus but then suck you into their terrible day tour, which inevitably includes an overpriced restaurant and forced shopping. We screwed up and ended up on one of these in Xi’an, and I don’t think I’ve ever been so angry in my life. The day ended in a shouting match of the worst Chinese swear words you can imagine between me and the guide. Not my finest moment, but I showed her! 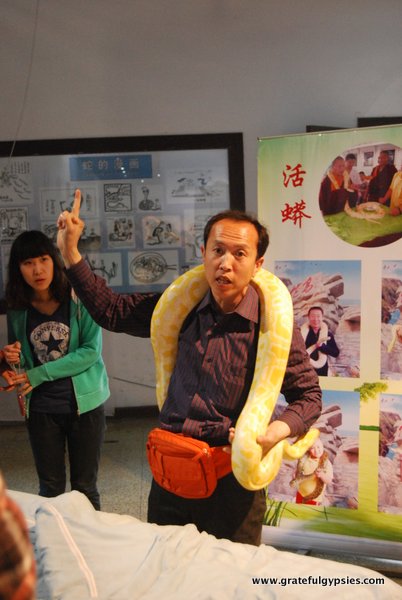 A snake museum. Why, just why?

Oh, the dreaded Chinese tour group. I’m pretty sure that hell is just being stuck on a never-ending Chinese tour. Being in one somehow sucks all the joy out of traveling. A Chinese tour group always overcharges and under-delivers. You won’t visit half of the destinations on the supposed itinerary, but will certainly spend at least an hour at some weird market in the middle of nowhere. You’ll be taken to terrible restaurants where everything is four times the usual price. Multiple tourist traps will be visited where you’re told you need to pay extra. Care for a Snake Museum, anyone? Check out just how awful it is in a video I made after being stuck on a tour in Dalian: 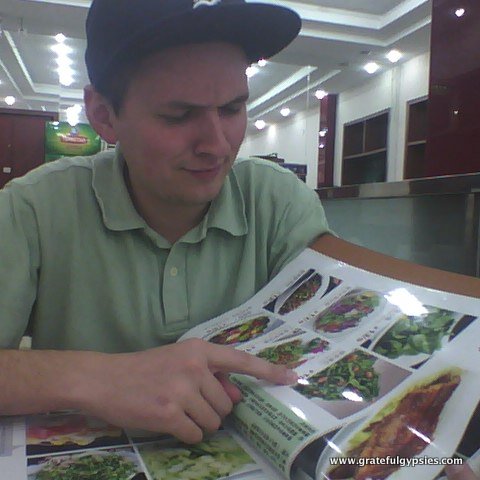 Don’t get so excited when the waiters eagerly hand you their English menu, especially not in a restaurant around tourist attractions. First of all, it will probably be in incomprehensible Chinglish. Of course, the prices will be super inflated as well. If you suspect a place is pulling this trick to try and rid you of your hard-earned yuan, kindly ask:

Can I see the Chinese menu?

Once they realize you’re calling their bluff, you can sit back and laugh as they sweat and scramble to handle the situation. Chinese people hate losing face, and this one definitely causes them to do so. You can either order off the Chinese menu and enjoy the normal price, or walk out and let them know you don’t appreciate being conned. 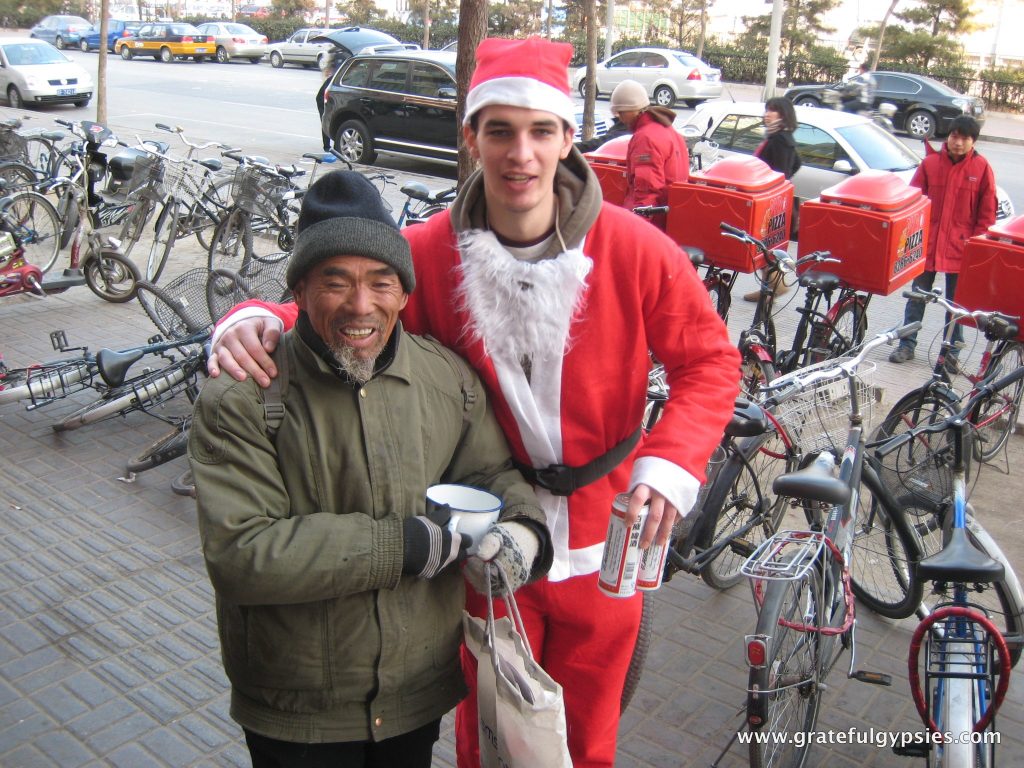 Of course this dude is smiling. He’s rich!

It’s quite common in bigger Chinese cities to find fake beggars. Sure, they look like beggars alright – tattered clothes, dirt smudged on their face, and a cup held out for change. Many of them work in a ring, though, and make tons of money. This is especially true when you see children begging. Your conscience may tell you that it’s right to give them money, but you really shouldn’t. We often joked that the bums who hang around the student bars in Beijing actually share a nice condo out in the suburbs and just rotate days. I specifically remember on one occasion some fresh-faced, newb lao wai questioning aloud, “Why are there so many bums here?” as he handed one of them a 10 yuan note. Um, that’s why dude. You just gave that bum more than most people make in an hour.

Unfortunately that’s not all. There’s also a big problem with counterfeit money, pickpockets, credit card swipers – the list goes on and on. The good news is that as long as you use common sense and know what to avoid you’ll be just fine. Don’t let the scammers win!

Have you been scammed in China? Let us know what happened by leaving a comment below!