What’s That Bulge On The Dutch Coastline? Posted by Sten on Apr 26, 2021 in Dutch Vocabulary, Travel & Geography

When you look at the coastline of the Netherlands, it’s remarkable how smooth it is. Shaped by the sea, there are no jagged, rocky shores or edges. Except… Just above Zeeland, there’s a bulge. What’s that? Is it natural? Or another handmade piece of land?

For other posts in the series Strange Places in the Netherlands, click here. 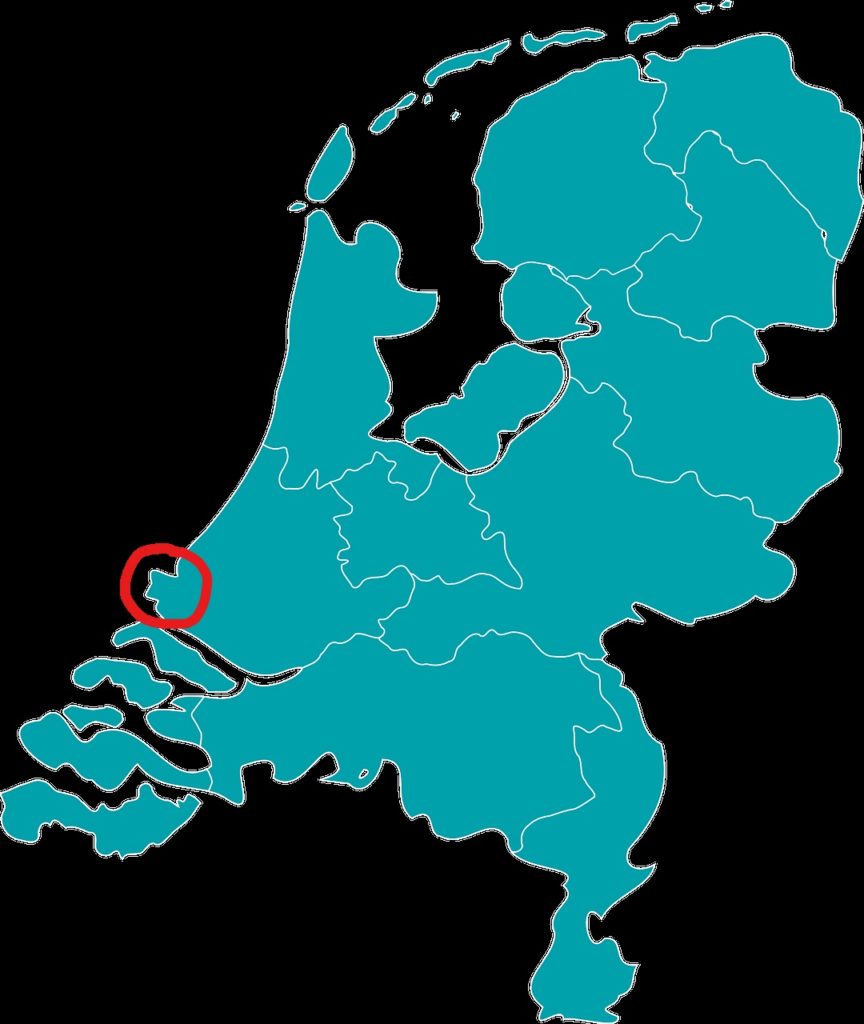 Image made by and used with permission from Sten Ritterfeld, map by Clker-Free-Vector-Images via Pixabay

While it doesn’t look like much, this little bulge is one of the most important places for the Dutch economy. It’s the Maasvlakte (Maas Plain), an extension outward into the Noordzee (North Sea) that was, you guessed it, artificially created. The name is related to the river that it is connected to. The Maas runs from France through Belgium and the south of the Netherlands in Maastricht all the way to Rotterdam and into the North Sea. This rivier (river) is essential for the binnenvaart (inland navigation) of goods from all over the world.

In the 1960s, the haven (port) of Rotterdam started getting a little low on space for the increasing zeeverkeer (sea traffic). At the same time, the schepen (ships) that entered the haven became bigger, and so they needed more space and deeper waters to navigate. Creating a kanaal (canal) inward was not a viable idea, as a narrow canal could lead to too much traffic and problems, especially if the amount of schepen increased even more.

So the idea of the Maasvlakte was born: An artificially created piece of haven that can accept ships before they have to enter the mainland. With millions of tons of zand (sand), grind (gravel), basalt (basalt) and beton (concrete), an area of almost 40 km2 (10,000 acres) was created. It’s massive!

That’s a lot for a small country like the Netherlands, you might think. However, the haven is one of the largest ports in the world, and the largest in Europe. So while the Netherlands is small, their Port of Rotterdam is of great significance to world trade.

What happened in the 1960s happened again towards the end of the 20th century. And so there were plans for an extension of the Maasvlakte. This extension was completed in 2013, and was able to incorporate new technologies, such as fully automated cranes. And guess what they called it – Maasvlakte 2. Inspiring.

Maasvlakte 2 comes at a size of about 20 km2 (10,000 acres), so it expanded the Maasvlakte by about 50%. This extension was placed even further out into the Noordzee. And so that bulge on the map is even bigger now!

So like other areas in the Netherlands that were artificially created, like the Afsluitdijk and the entire province of Flevoland, the Maasvlakte is a story of the Dutch expanding into water to simply get more space.

Do you know about other strange places in the Netherlands? Please let me know in the comments below!