Die Impfpflicht comes to Germany – but how do you say that? Posted by Sten on Dec 10, 2021 in Culture, Language, News, Politics, Pronunciation

While we wrote about it almost a year ago, it seems like it is finally happening now: The German Bundestag voted for a specific Impfpflicht (f, vaccination mandate) today – the first law passed by the new Ampelkoalition (f, traffic light coalition)!. This affects first and foremost die Pflegekräfte (caregivers) in places like nursing homes and hospitals. But let’s circle back to that word, Impfpflicht. How do you say that?

Impfpflicht – it all depends on where the pf is!

We’ve previously discussed the pf sound and how to pronounce it. In short, you barely pronounce that p if the pf is at the beginning of a word. So a word like Pferd, Pflege or Pflicht will have that slight p sound. Many people don’t really pronounce it though, and it sounds more like Ferd, Flege, or Flicht. If you do that, everybody will still understand you!

When you encounter pf in a word, especially at the end, you pronounce both letters: Kopf, Impfung, Stampf. Pretty straightforward. The video above gives you these kinds of words A LOT. Das Pflegepersonal (care personnel), die Impfpflicht or die Pflegeberufe (caretaking professions).

But the thing that makes Impfpflicht special is that double pf. This is because die Impfpflicht is a compound noun of the root of the verb Impfen and the noun die Pflicht. That’s when you get Impf-pflicht. And Germans are notorious for not breaking up or using hyphens in their compounds. So the regular German doesn’t even scoff at that double pf. Strange double or even triple letters (how about a piece of Nussschokolade (nut chocolate)?) happen all the time.

But anyway, how do you say Impfpflicht? 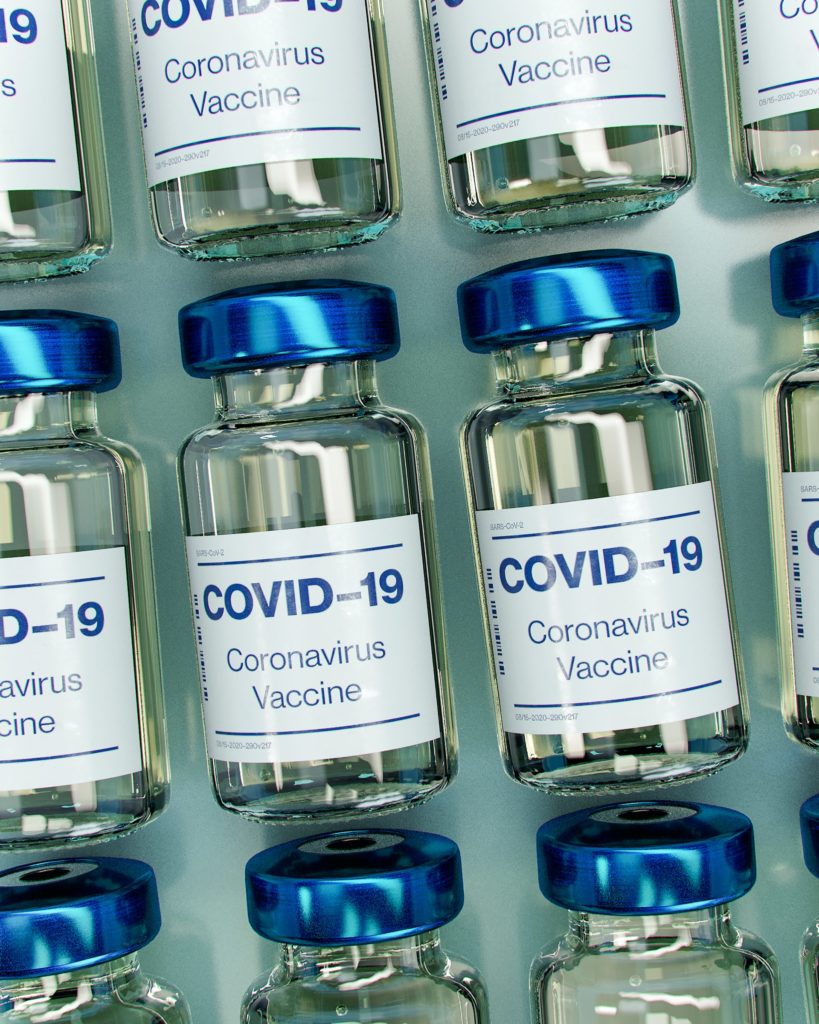 Photo by Daniel Schludi on Unsplash

What makes this word tricky is that the pf sound at the beginning of a word requires you to transfer into an f from a p – not something that’s common in German, especially not without a break in between. Saying that pf sound is hard enough by itself, let alone with a word strapped to the front of it. So a great way to fix this is to just take a little break between the two words, so like this: Impf_Pflicht. That’s how I say it in my first recording above. This is a great tip for many longer words in German, by the way! The only problem? It doesn’t really flow that well.

And while they might not shy away from taking their time to pronounce words clearly in the Tagesschau, the regular German definitely doesn’t like doing this because it takes too long.

So they just resort to the second way: Simply pronounce Pflicht like Flicht. That way, Impf almost naturally flows into Flicht, as you go from an f to another f. Perfect!

Have you seen other words like this, or have you struggled saying German words? Let me know in the comments below!