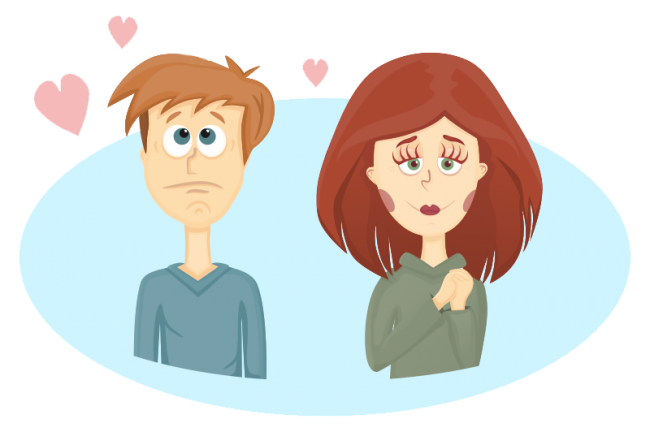 ‘Tis the season to speak of “amour,” and the more ways, plus on rit, n’est-ce pas?   So let’s briefly review the most traditional Irish phrase for “I love you,” and then we’ll look at the same phrase in 10 other languages.  So how much more Irish will you learn from that?  Well, the matching game part of this blog will give you the language names in Irish.  So you’ll pick up some linguistic geography as you go.  Plus we’ll look at the details for the Irish phrase and review the pronunciation of the voiced velar fricative, a sound that is hard to avoid when saying you love someone in Irish.

There is a caveat about the phrases other than the Irish — they’re culled from the Internet, so if anyone has better suggestions, I’d certainly welcome them.   Some of the languages listed I speak tolerably well, but others, bhuel, níl siad agam ar chor ar bith.

First, let’s look at the Irish (an Ghaeilge):

Following the word for “my” (mo), grá becomes:

ghrá [γraw, using the IPA symbol /γ/ since there’s no specific way to represent this sound using the Roman alphabet] ] after “mo” (mo ghrá).  This “gh” sound has been described in previous other blogs, such as Saying “I love you” in Irish and Minding Your Velar Fricatives (Posted on 09 Oct, 2011, https://blogs.transparent.com/irish/saying-i-love-you-in-irish/).  Remember that this “gh” sound is specific to when the adjacent vowels are either “a,” “o,” or “u” (that is, specifically, not “e” or “i,” which trigger a different sound).

Let’s do a brief review of the sound /γ/, just in case.  It’s sort of like the “ch” of “Chutzpah,” but softer and deeper down in the throat.  In other words, it’s nothing like an ordinary English or Irish “g” (as in “good” or “gúna“).  Nor is it like the initial “gh” of Hindi “ghat” (as in “the Western Ghats”) or “ghī” / “ghee,” which you may know as “im gléghlanta” (i.e. clarified butter, used in cooking).  Those Hindi “gh’s” are like a hard “g” followed immediately by a “h” sound, a completely different sound from what we have here in Irish.  And, in Irish, we can’t ignore the “gh”-ness of this sound the way we do in English, where “ghetto” has the same “g” sound as “get” and “gherkin” has the same initial “g” sound as “girl.”  In their original languages (Iodáilis/Eabhrais agus Ollainnis), maybe the “gh” of “ghetto” and “gherkin,” was significant, but not in Modern English.

But for our purposes, we just need to be aware of “ghrá” for our phrase of the day, “Mo ghrá thú.”

“Thú,” the final word in the phrase “Mo ghrá thú,” is easy enough to pronounce but the spelling can throw newcomers off.  The “t” is silent, so “thú” is pronounced “hoo,” as in “hoot.”