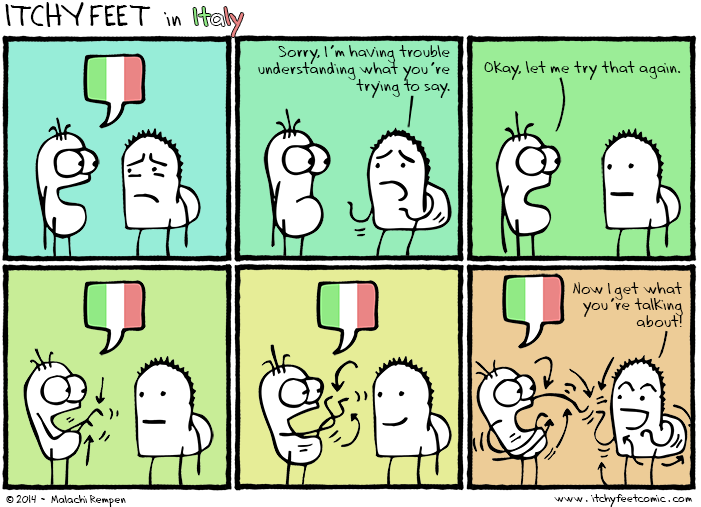 Many years ago, back when my wife was just my girlfriend and I was visiting her family for the first time in rural Italy, I spoke about as much Italian as a plate of spaghetti Bolognese. Unfortunately, her family spoke as much English as a chicken pot pie, so there were plenty of hilarious misunderstandings. I tried my best with what little Italian I could muster (mostly just Spanish accented hopefully in Italian) and managed fairly well with her parents. Her grandparents, however, didn’t even speak Italian. They spoke Veneto, the local dialect. Adorably, they would ask my then-girlfriend how to say things in Italian—they assumed that I didn’t speak Veneto, but surely I spoke Italian, or what would I be doing there? Needless to say, they might as well have been speaking Latin.

Anyway, at one point I was left alone with her grandfather. The both of us at a lack of words, he looked at me, grinned, and did this: 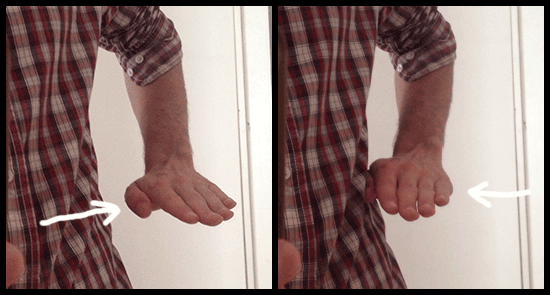 I had no idea what to make of it. Did he have a stomachache? Was he making a comment on my height? Did he want to be chopped in half? He assumed Italian gestures were universal—sadly, I remained utterly baffled. I decided to try what I was fairly sure was a universal sign, and smiled and nodded. Luckily, this turned out to be exactly the correct response.

As you probably know, Italian is not only spoken with your mouth; it is also spoken with your hands. There are thousands of gestures ranging from subtle to obvious (many of them involving the depiction of or referral to genitals – thank you, Italian machismo), but there are a few that are fairly commonplace, and worth knowing, if you’re going to be learning Italian. I learned what my wife’s grandfather was trying to tell me, and many more, and now I will pass them on to you, dear reader. 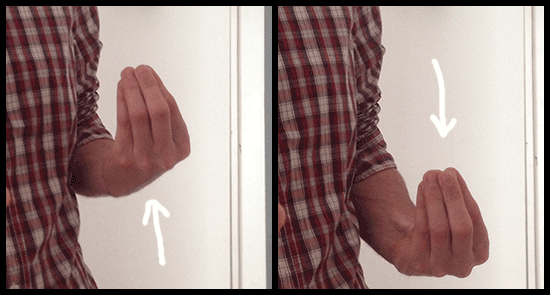 The classic, stereotypical Italian hand signal. I used to think it meant “good, great” or was simply a mobster’s way of pairing his mustachioed frown with a gesture. WRONG. This gesture must be paired with a “WTF” look, as that’s exactly what it means: “what the farfalla are you talking about?” 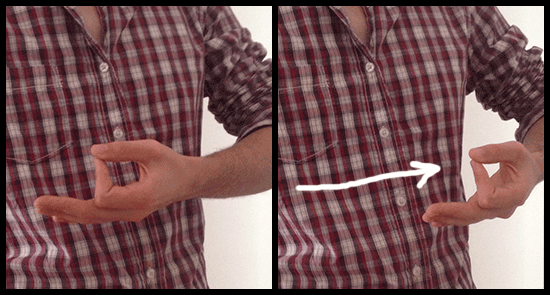 Not “okay,” not “good,” but perfetto. Things went off without a snag, everything’s lovely, this pasta pomodoro is just heavenly. Perfect. 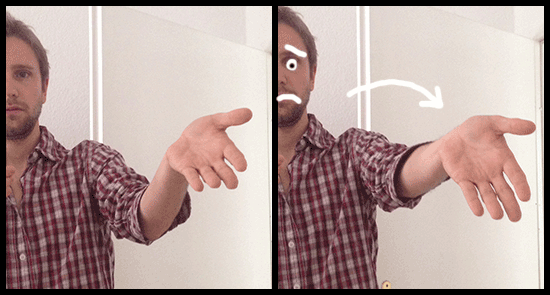 Used on someone who thinks they’re pretty big, but is in fact an oaf. “Look at this guy! Look at you! What an idiot!” Can be used as a proper insult, or all in good fun. Like sarcasm, Italian hand gestures used strategically in different contexts can have subtly different meanings. 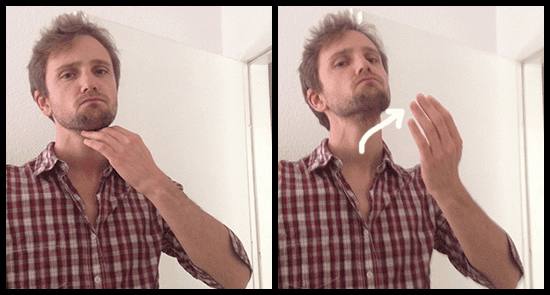 Looks like an insult, and I suppose it could be taken as one, but technically it isn’t. Simply means, “I don’t care.” Fuhgettaboutit. 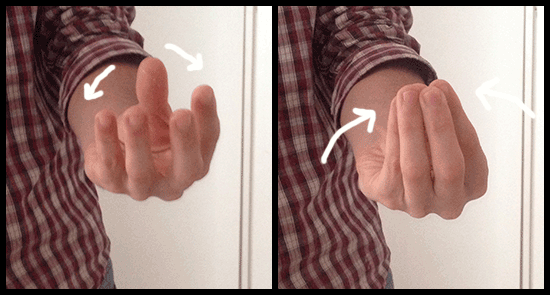 This one is fairly graphic when you know what it’s referring to. It means “scared,” and can be used either as an admission of fear (“I’m scared/nervous!”) or as a taunt (“scared? Huh? Are ya?”). What I’ve been told it literally symbolizes is the puckering of your…er, posterior.

Finally, we get to Nonno (grandpa)’s mysterious signal: “hungry?” As you can see, smiling and nodding is the only correct nonverbal response. And once you’ve finished what was no doubt a delicioso meal: 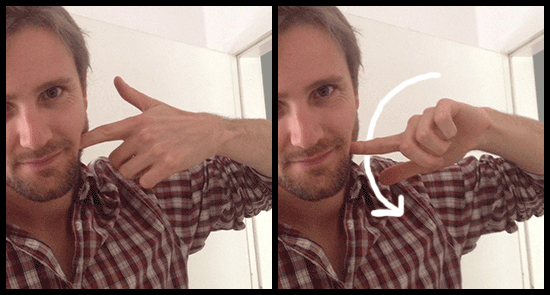 Anyone got any other Italian hand gestures I might have missed? What about other languages that rely heavily on gestures and the like?

All photos provided by the author.