Is English the Lingua Franca of International Sports? Posted by Transparent Language on Aug 10, 2016 in Archived Posts

The Olympics have three official languages: English, French, and the chosen language of the host country (unless, of course, they speak French or English).

Why English and French? English may seem the obvious choice, as American broadcaster NBC owns the rights to the next umpteen Olympic Games, but it’s a bit mysterious that French edged out more widely spoken languages like Spanish and Mandarin. The reason actually has to do with the number of qualifying countries that speak each language: more competing countries claim French as their official language than any other (besides English). Et voila, all announcements and signage must be in English, French, and Portuguese this year. 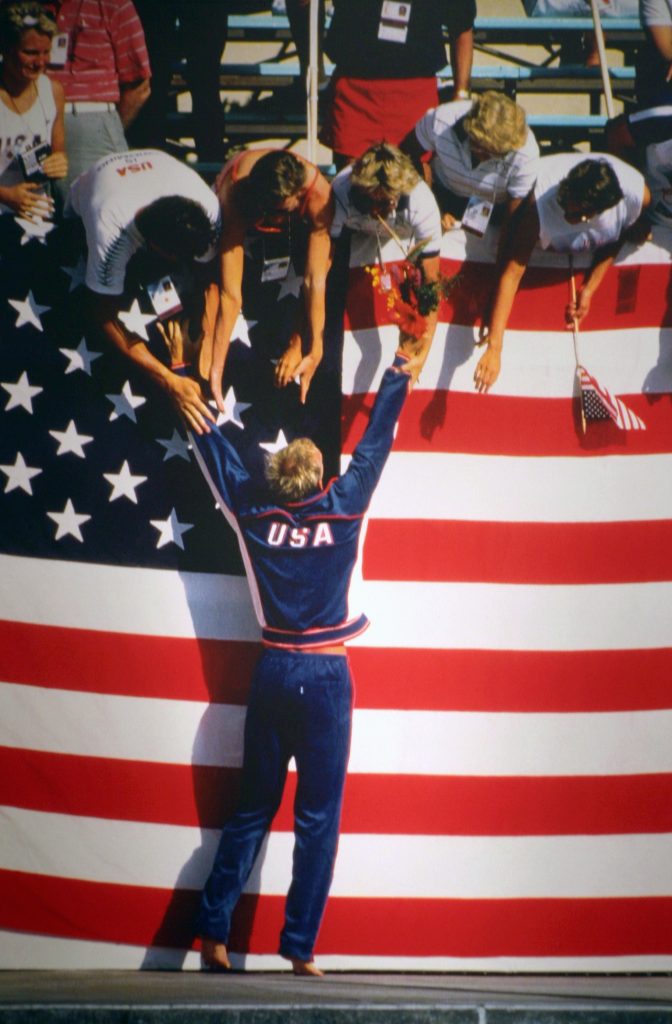 Image by Hal Stoelzle, posted to Flickr by nostri-imago under CC BY 2.0

How do the rest of the world’s athletes and coaches make due? The Olympic committee in Rio sought out 8,000 linguistic volunteers with skills in any of 30 languages to “be the voice of the Games.” These volunteers play a critical role, serving as interpreters, getting athletes to and from the venues, and assisting them with their accommodations. Some host nations also make language accommodations for spectators and tourists. In preparation for the Sochi Olympics in 2014, more than 40,000 Russian police officers received intensive training in English, French and German.

English is but one among many dominant languages at the Olympics—the opening ceremony this year even featured French before English and Portuguese. The same can’t quite be said for most other international sporting events. The next biggest event is probably the FIFA World Cup. FIFA claims 4 official languages (English, Spanish, French, and German), but English is the official language for announcements, minutes, and correspondence. And while players typically communicate with foreign referees via hand signals, FIFA requires all World Cup referees to take English courses.

Much to the dismay of Tour de France organizers, English is now also the default language of the big race. In lieu of French, many athletes conduct interviews in English, something unheard until recent races:

“Until a decade ago, riders were able to master or become functional enough in Latin languages to communicate. But if you don’t speak English now, it’s a handicap.”

One might wonder if language use at these events even matters. At events with thousands of athletes and tens of thousands of spectators from around the world, clear communication is an obvious necessity. But to some, the motivation to preserve linguistic diversity runs much deeper. The Francophonie organization, who fights to maintain French as an official language at each Olympic Games, aims to “combat the perverse effects of globalization on languages.” Indeed, the Anglicization of international sports is just one manifestation of how less common languages have been marginalized over time.

Sometimes, this marginalization has nothing to do with English at all. Cantonese-speaking residents in Guangzhou (one of China’s largest areas of Cantonese speakers) protested when government officials encouraged media outlets to broadcast the 2010 Asian Games in Mandarin instead of Cantonese. The advisory body responsible for the request said Mandarin “would promote unity and help tourists and athletes who will arrive in the city for the Asian Games.” The network decided to broadcast the event in both languages, but Cantonese speakers still fear their language is being squeezed out of existence.

Just as fans look up to their favorite Olympic athletes, perhaps the international sporting community should look to the Olympics as a role model for linguistic inclusion.