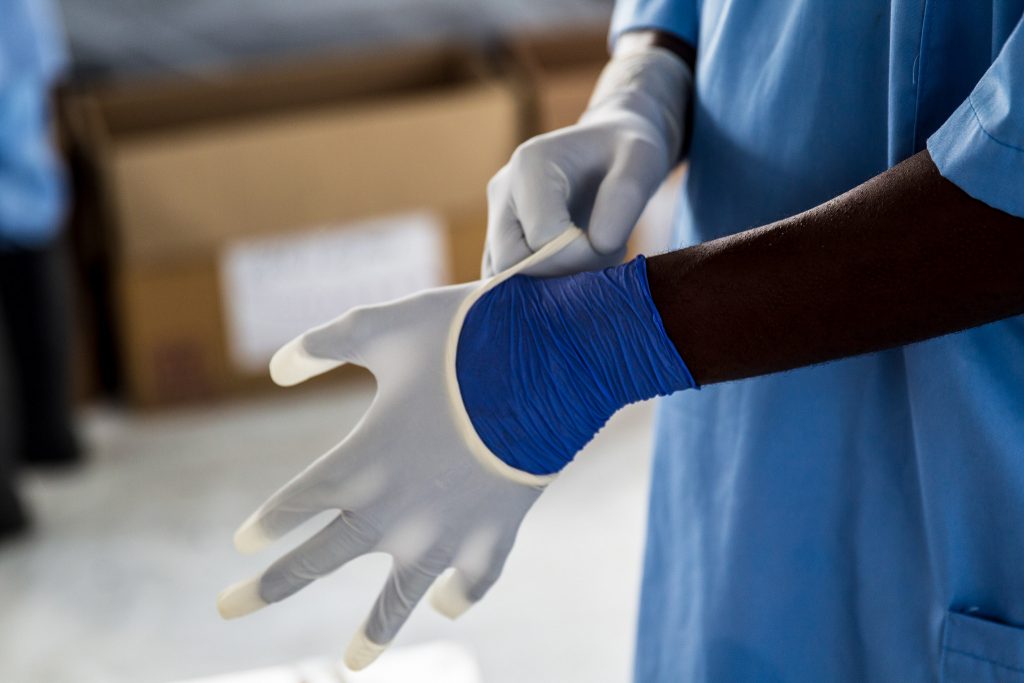 There’s been a lot of talk in today’s political climate about “keeping America safe.” But safety can mean many things and be achieved in many ways, not just military might. Diplomats, aid workers, doctors, scientists, businessmen and beyond all contribute to this country’s security. But they don’t do it alone; their work at home and abroad hinges on their ability to communicate and collaborate with foreign counterparts. This week, we’ll look at those working in global health and why their language capabilities are critical to America’s safety.

“The U.S. government and our international partners have an unprecedented opportunity to make the world – and ourselves – stronger and safer through our commitment to closer cooperation on global health issues. Helping other countries protect their own people also means greater security for Americans.”

– Tom Frieden, former Director of the Centers for Disease Control and Prevention

One of the greatest threats to the U.S. is the rapid emergence and spread of disease—even abroad. Take the recent outbreak of Ebola in West Africa that claimed more than 10,000 lives. Knowing that pathogens know no borders, the UN Security Council declared the outbreak a “threat to international peace and security” and unanimously called upon member states to provide assistance and resources. That resolution received a record number of co-sponsors, with 130 countries stepping forward to provide resources and staff. With that many players in the mix, it’s not hard to see the need for better language capabilities—medical staff, aid groups, researchers, and officials all need to communicate with their counterparts from other countries. 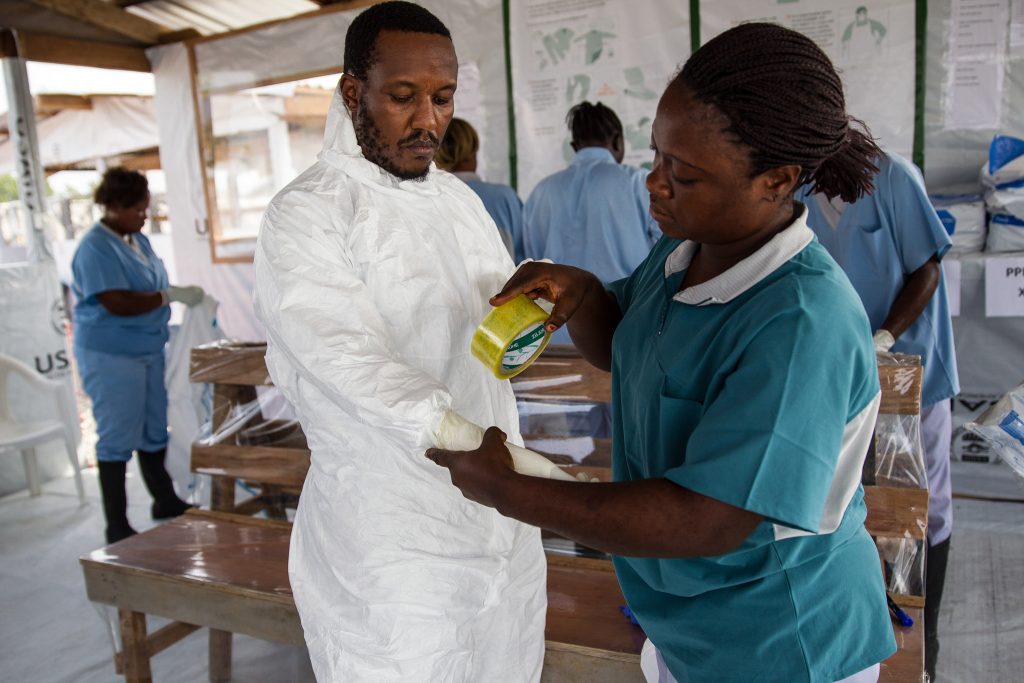 This is not an isolated event—the last decade has witnessed similar concerns with avian influenza in the U.S., MERS-CoV in the Middle East, SARS in China, and the Zika virus across Latin America, among others. Providing language training or having language professionals readily available to assist the teams researching and fighting these threats is critical to ensuring their safety and ours.

Global health collaboration is not limited to disaster relief and crisis response. Scientists and researchers increasingly share their expertise and resources. As of 2008, one fifth of the medical and scientific papers had international coauthors; that number grew to one-third in 2013. This collaboration can result in new treatments, immunizations, and medicines that improve our health care system. For example, the National Institute of Allergy and Infectious Disease is currently running clinical trials for a Zika virus vaccine, which it is testing with local partners and investigators at sites in Houston, Miami, Puerto Rico, Brazil, Peru, Costa Rica, Panama, and Mexico. Without Spanish-speaking researchers, translators, and interpreters, this research would not be feasible.

“As scientists, we are all working toward the same end goal: to cure human disease. With such a lofty goal ahead of us, there is no time for researchers to stand alone as islands. Quite the opposite: our own research has shown that if we cooperate with one another and communicate effectively, two heads really are better than one.” 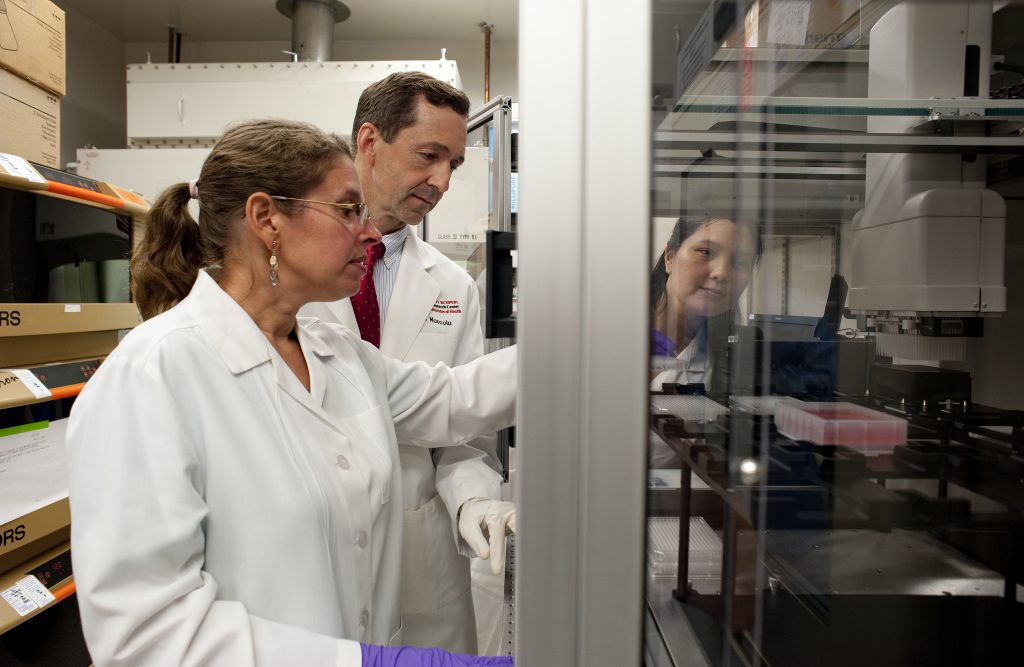 Scientists research HIV treatment in the NIAID Vaccine Research Center Lab (Courtesy of NIAID on Flickr under CC BY 2.0)

While English may be the dominant language of STEM and international research, that is a crutch on which we should not lean too heavily. We never know where a crisis may arise, or what breakthrough research might fall through the cracks because it isn’t being read by the right people. It’s also precarious to expect non-native speakers to publish complicated studies, for fear of what might be sacrificed in translation:

“Chinese scientists discussing the electrical conductivity of copper nanotubes in a 2007 Royal Society of Chemistry paper, for example, chose a rather unfortunate acronym for the subject of their study. (It rhymes with “runt.”) The acronym has stuck: A new study from this year in Science China, an English-language journal, uses the shorthand — innocuous to people who don’t know English slang and amusing for culturally immersed Anglophones, but hardly helpful for scientists wishing to be taken seriously.”

Institutions, academics, and experts already understand the need for better language capacity in global health. The National Institute of Health now offers resources for researchers in Spanish and in Asian languages, and major U.S. universities are designing degree programs and courses that emphasize languages in the context of global health. Duke University, for example, offers Voices in Global Health courses in Arabic, French, Hindi, Mandarin, and Spanish—with more languages to come. The program director highlights the importance of language and cultural competency in global health care: “We actively turn our ear to the populations we study. Instead of talking about them, we are listening to them, which greatly enriches our understanding of the issues.”

These issues—outbreaks, drug-resistant illnesses, poor sanitation, and even environmental health concerns—represent a great threat to the global community, which includes us. America has a vested interest in contributing to global health efforts to keep our citizens healthy and safe. To do so most effectively, local languages and cultural competency must not be an afterthought, but a thought on the tip of our tongues.

Our health and safety is one of the many reasons why Transparent Language is transforming the economics of language training and fighting the government’s language deficit. Learn more about our work and contact us.