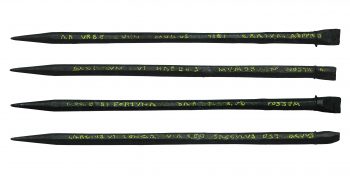 A unique inscribed Roman stylus uncovered by MOLA archaeologists during excavations for Bloomberg’s European headquarters in London. The inscription has been highlighted in yellow © MOLA

Savlete Omnes
Earlier this month, this news broke and I just had to cover it and review the Latin on the pen!
The Bloomberg dig took place between 2010 and 2014 and uncovered some 14,000 artifacts, which archaeologists are still working through including this exciting find! This stylus or pen’s inscription was exceptionally difficult to read, partly due to corrosion and is only legible due to the work by conservators. 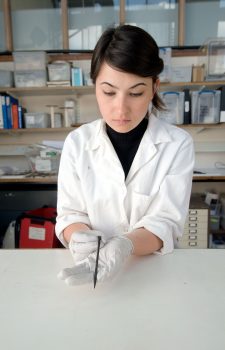 Below is an enlarged image of the pen after it’s cleaning: 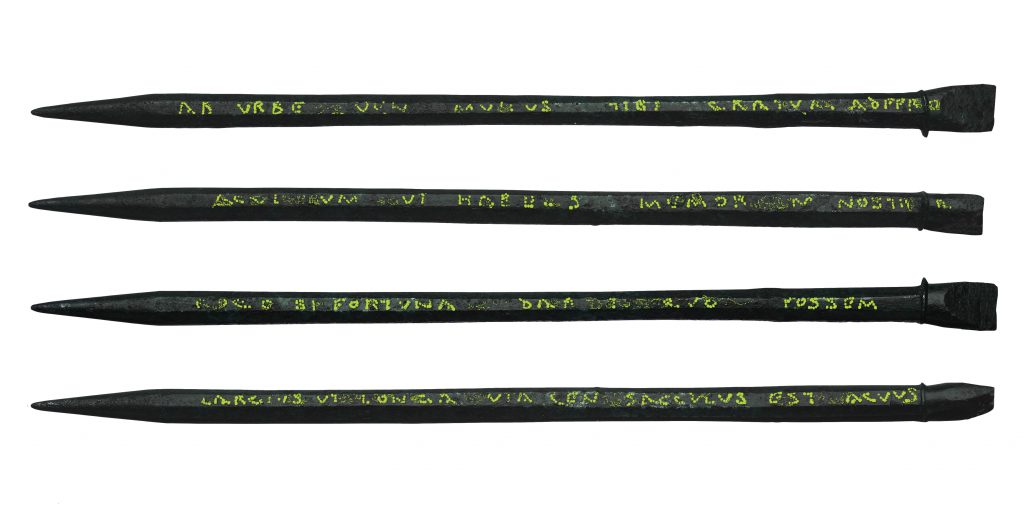 A unique inscribed Roman stylus uncovered by MOLA archaeologists during excavations for Bloomberg’s European headquarters in London. The inscription has been highlighted in yellow © MOLA

* I do enjoy the use of habeo +memoria instead of memini to express remembrance because of the play of habeo since one holds a pen
THIRD LINE: “I ask, if fortune were to allow (it) that I would be able to [give implied]”
rogo = “I ask” (rogo, 1st person singular)
si fortuna = “If fortune” (si + imperfect subjunctives is a conditional clause PRESENT CONTRARY-TO-FACT CONDITION – often seen with “were” in protasis/”would” in apodosis)
dar[e]t= ” were to allow, permit” (do, 3rd person singular imperfect)
quo possem = “that I would be able to” (possum, 3rd person singular imperfect)
FOURTH LINE: “abundantly as the the way/road is long [and] just as my purse is empty.”
largius =  “abundantly” (adverb of the adjective largus)
ut = “as” ( a causal use meaning “as” usually introducing a general statement in correspondence with the particular assertion of the principal clause)
longa = “long” (ablative feminine singular with via as an ablative description)
via = “the way” (ablative feminine singular with longa as an ablative description)
ceu = “just as” (adverb)
sacculus = ” a purse[presumably my purse]” (singular nominative masculine of sacculus)
est = “is”  (3rd person singular of sum; verb “to be”)
(v)acuus’ = “empty” (singular nominative masculine referring to sacculus)
Most translation from reported news articles:
“I have come from the City. I bring you a welcome gift with a sharp point that you may remember me. I ask, if fortune allowed, that I might be able (to give) as generously as the way is long (and) as my purse is empty.”
In other words: I’m broke, but here’s a pen.
I hope you have enjoyed the article and look forward to everyone’s thoughts and comments as well as collaborative notes and ideas on the translations.
Tags: ablative, accusative, adjectives, Classic culture, history, Latin, Latin grammar, Latin language, Latin literature, Latin vocabulary, roman culture, Syntax