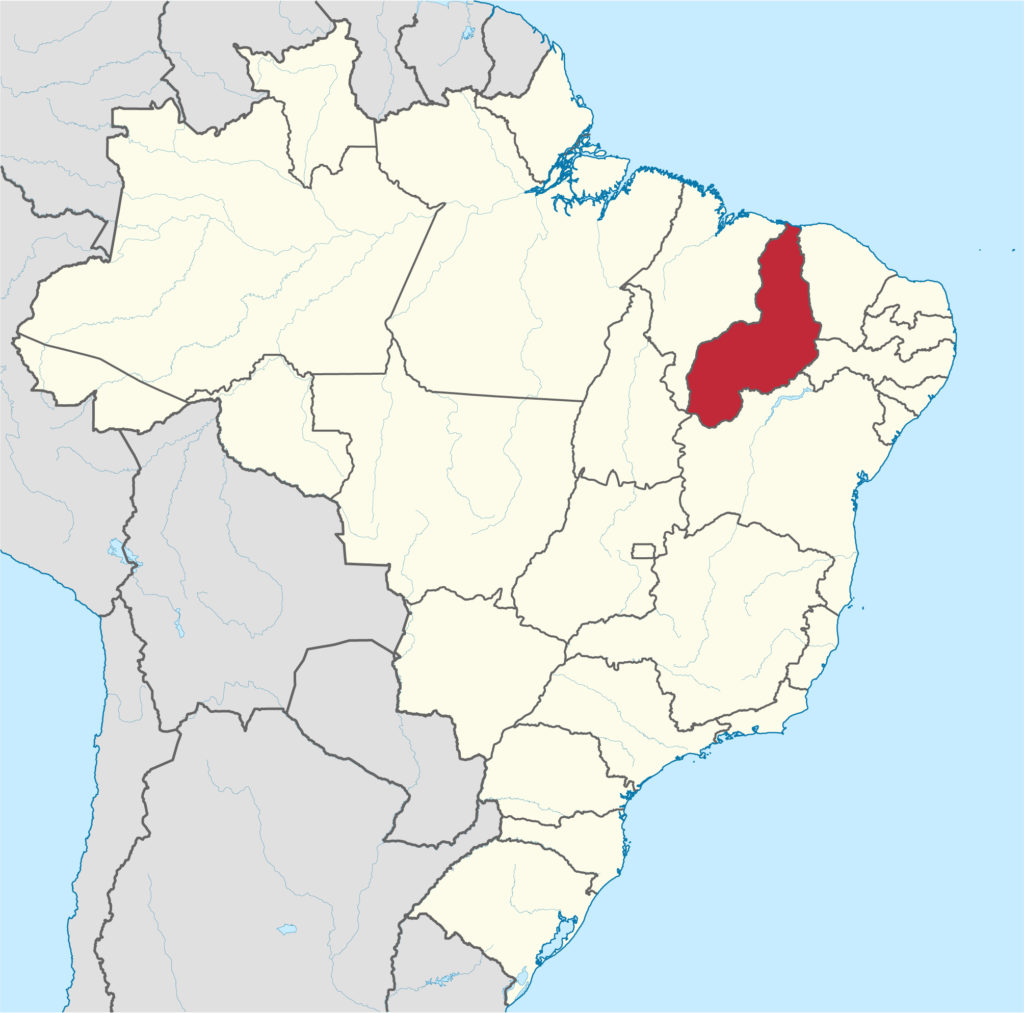 Bom dia queridos leitores, it’s that time of the month: our ongoing series on Estados Brasileiros (Brazilian states). Our destino (destination) today may not be the one that would normally feature a list of the 10 most sought after lugares (places) in our country, however it is a region that boasts many belezas (beauties). One might even call it a hidden gem for those who want to aproveitar (enjoy) the best of Brazil, but without having to brave the mass tourism multidões (crowds). This place is the state of Piauí, vamos conhecer um pouco mais sobre ele?

Lying between o norte e o nordeste (the north and northeast) of Brazil, Piauí is slightly maior (larger) than the United Kingdom and borders on five other states: Ceará, Pernambuco, Bahia, Tocantins and Maranhão (put a link to the ones we have already posted). Wavering between a tropical and semi-arid climate, high temperatures are the default, and even during o inverno (the winter) the thermometers show around 24˚C. Teresina is its capital and most populous city, but unlike other northeastern states, it not on litoral (on the coast). The Piauí coast is a menor (the smallest) in Brazil, only 66 kilometers long. Although pequeno (small), it offers many attractions for those looking to (se refrescar (cool off) from the intense calor (heat) of the region, então vamos às dicas de locais para se conhecer. 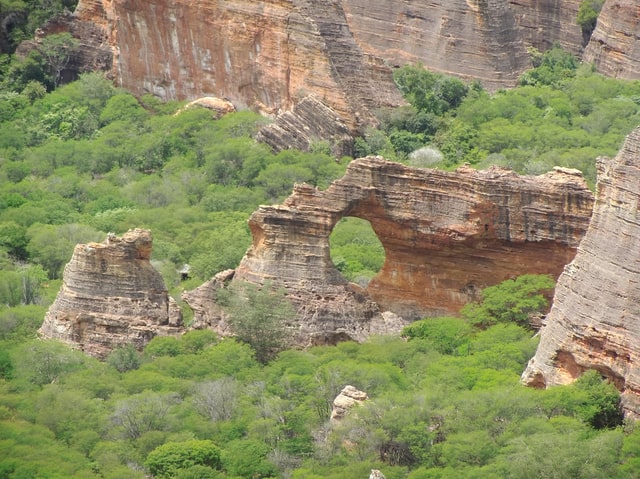 Parnaíba is the largest of the four coastal cities in Piauí, and this is where we encontramos (find) one of the few deltas in the Americas, the Parnaíba Delta, so be sure to stop by! Taking advantage of your estadia (stay) in the city, don’t forget to visit the Pedra do Sal praia (beach), the Ilha do Caju and the Portinho lake, where the areias brancas (white sands) contrast with the azul cristalino das águas (crystal blue waters). While in the city, Porto das Barcas is a gorgeous historic area and protected by Brazilian lei (law). Further inland, two particular destinations merecem sua atenção (deserve your attention): the Serra da Capivara National Park and the Sete Cidades National Park. Among the exuberant formações rochosas milenares (ancient rock formations), you can enjoy passeios (walks) in the mata (woods), in addition to catching a glimpse of wild animals and several examples of prehistory pinturas (painting). E quanto à gastronomia, você deve estar se perguntando? 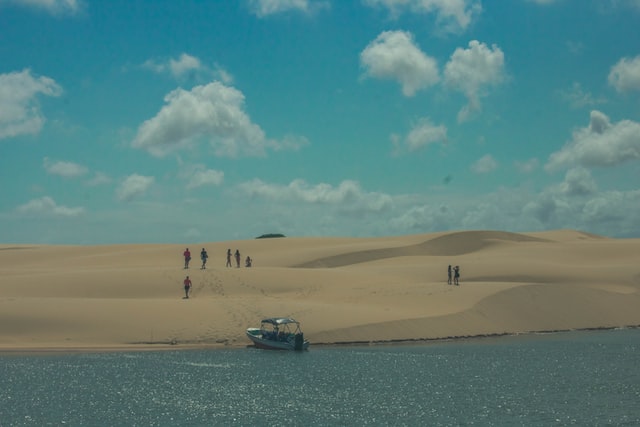 Piauí’s pratos típicos (typical dishes) are very similar to those of some other northeastern states, and are mainly based on culinária sertaneja, with ingredients such as carne seca (jerky), farinha de mandioca (cassava flour), carne de bode e miúdos (goat meat and intestines). Among its gastronomic variety, we highlight the paçoca, which is a mixture of cassava flour, carne de sol desfiada (shredded sun-dried meat), coentro (coriander) and thin slices of banana. Another Piauí delicacy is the assado ou cozido (roasted or boiled) goat, mixed together with leite de coco (coconut milk) for a saboroso caldo (tasty broth). The sarapatel, a dish served in many bars as a snack, is made with rim de porco (pork kidney) and many spices, usually along with the ubiquitous cassava flour and hot sauce. To make up for these wholesome meals, be sure to delight yourself with all the different versions of caju (cashews) that are widely available in the region, whether in their natural form, as a jam or even in bebidas (drinks) such as juice or cajuína! 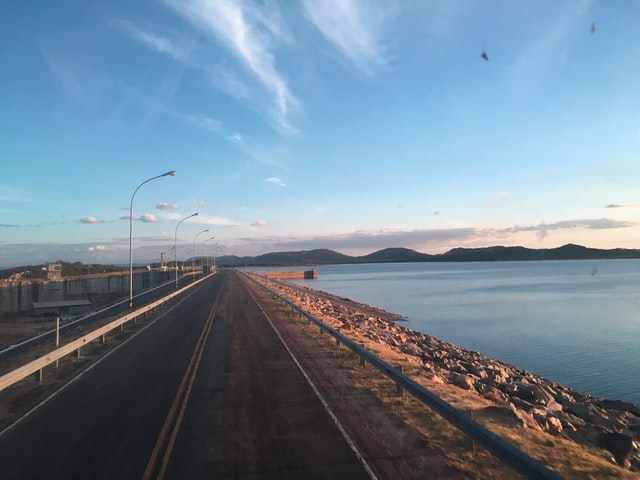 Estrada no Piauí (Photo by Alexandre Nunes on Unsplash)

This is it today today! Have any of you ever been to Piauí? Would you like to? Be sure to comment below and see you next time with more information about Brazilian states! Até mais!