French Grammar – Back to the future Posted by Tim Hildreth on Mar 27, 2018 in Grammar, Vocabulary

Last week I kicked off a short series of posts on useful French grammar topics that sometimes get ignored. This week we head back to the future* with a look at a way to talk about upcoming actions and events that is as easy as the passé récent that we looked at last week. 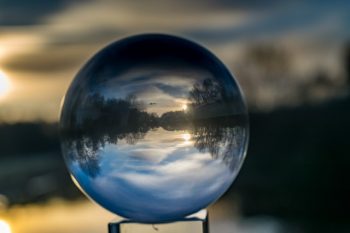 The futur proche, as the name implies**, is used for talking about actions, events, or plans for the immediate future. When speaking, it is almost interchangeable with its more formal cousin the futur simple.

Le futur proche is formed using the present tense form of the verb aller (to go) + the infinitive form of whatever verb you want. Let’s take a look at some examples:


^ See this post for the differences/uses of ‘on’ vs. ‘l’on’.
^^ Like the passé récent, le futur proche can be useful in differentiating the relative order of multiple events. “Cette année nous allons faire du ski aux vacances d’hiver, mais l’année prochaine nous irons à la plage.”/ “This year we’re going skiing for winter break, but next year we will go to the beach.”

Coming up next: the imperfect (l’imparfait) followed by a little story to help us explore the differences between the imparfait and the passé composé.

* As John B. told us back in 2015, the French title of the film “Back to the Future” is “Retour vers le futur”. John called the translation literal, but I think it’s interesting to compare the “to” in the English version to the “vers” in the French version. ‘Vers‘ actually means ‘towards’ or ‘in the direction of’. It always feels to me like English ‘to the future’ is somehow more definitive than the French ‘vers le futur’ (‘towards the future’).
** ‘Proche’ is an adjective that describes the relative proximity or nearness of something or someone (‘un ami proche’ is a close friend . . . as opposed to ‘un ami près de moi’ which is ‘a friend near me).