How to Say ‘Happy New Year’ in Irish and How to Pronounce the Consonant Cluster “thbhl” Posted by róislín on Dec 31, 2014 in Irish Language 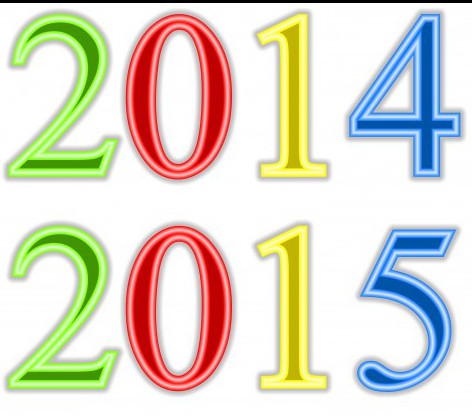 So how do we pronounce that, what does it literally mean, why are the actual words “happy” and “new” not in the phrase, and where does a consonant cluster like “-thbhl-” come from?

shéan [hayn, with the “s” silent, rhyming with “bane” or “cane”], lenited form of the noun “séan, ” meaning “prosperity” or “happiness. ”  Note the difference between this word and the name “Seán” and the adjective “sean.”  It’s a matter of síntí fada!

duit [pronounced similarly to English “ditch” but with an initial dental “d” and a slender final “t,” similar to the “t” of “tune” when pronounced like “chune”], to you (to one person); daoibh [deev] to you all (to two or more people)

Second, what does it literally mean?  As you may have pieced together from the words above, “New Year under happiness and prosperity to you!”  In other words, “A Happy and Prosperous New Year to you!”

Third, why are the words “happy” and “new” not actually present in the phrase?  Well, I can sort of answer this, but as for why we say any combination of words or sounds to communicate, there’s usually no specific reason.  For example, we know that “book” means “book” in English, we know its plural (books), and some cognates (like German “Buch“), and even that it derives from Proto-Germanic “*bokiz,” meaning “beech,” because people used to carve letters into beechwood tablets.  But why some ancient people decided to say something like “*bokiz” for “beech,” we’ll never know.

For “athbhliain,” let’s start with the “new” factor.   There are, of course, various words for “new” in Irish, typically “nua” and “úr.”  And I have sometimes seen these used in New Year’s greetings.  But in the traditional Irish New Year’s phrase, the “new” part is usually indicated by the prefix “ath-” (new, re-, second, rejected, later, further, etc.).  In fact, while in “athbhliain” the prefix is translated as “new,” it can also be translated as “old” (!), as in “athbhuaile” (an old disused milking-place).  Which, admittedly, I’ve never really needed to say in daily conversation!

To sum up this point, why is “athbhliain” so typical for a New Year’s wish as opposed to “bliain úr“?  Diabhal a fhios agam.  Tá an dá fhrása ciallmhar.

As for “happy,” I can’t really tell you why none of the typical Irish adjectives for “happy” or phrases indicating happiness are used.  I don’t think anyone could say why this is so.  There are plenty of adjectives and phrases to choose from (sona, séanmhar, gliondrach, áthasach, Is méanar dó, Tá áthas uirthi, srl.) but for whatever reason, “faoi shéan” is used instead.  The phrase “faoi shéan” gives us the same implication, so the actual adjective “happy” is unnecessary.   The “faoi mhaise” part reinforces the good wish, but doesn’t literally mean “happy.”

And, come to think of it, is the phrase “Happy New Year” always literally “happy” in other languages?  Welsh says “Blwyddyn Newydd Dda” (Good New Year), whereas “happy” is normally “hapus.”  German uses the adjective “glücklich,” which can mean “lucky” or “happy,” and is etymologically related to “luck.”  Scottish Gaelic says “Bliadhna mhaith ùr,” lit. a “good new year.”  And I’m sure a larger survey would show the use of some other adjectives in different languages as well.  And furthermore, is Christmas really “merry” or is it “happy”?  Why do we have both options in English?

And finally, our fourth key point, the lovely consonant cluster “-thbhl-“!  I love these consonant clusters in Irish — the longer the better!  A lot of consonant clusters were streamlined away from the language during the spelling reforms of the 1950s (“scríobhtha” becoming “scríofa,” “gabhtha” becoming “gafa,” etc.).  But one arena where the consonant clusters usually remain in full is prefix+noun combinations, where the prefix has “-th” or “-ch” at the end.  So we have combinations like “ath– [AH] + bhliain [VLEE-in],” ending up as “athbhliain.”  The “t” of “ath-” is silent.  The “bhl” is pronounced like “vl,” admittedly not common in English, but recognizable from “Vladimir,” “Vladivostok,” and “Vlissingen” (which became “Flushing” in New York State).  Another example of “vl” that intrigues me is the Czech river name “Vltava” (aka Moldau).  Hmm, V-L-T, presumably there’s a vowel sound in there somewhere.

Other examples of 4-  and 5-consonant clusters with Irish prefixes abound, such as athbheochan (revival)  and athchluiche (replay).  The main other prefix that leads to these longish, mid-word consonant clusters is “droch-” (bad), which gives us “droch-chleas” (a bad trick), drochdhathach (sickly-looking), drochshá (a bad stab) and drochthréith (a bad trait).  So the key, as with “athbhliain,” is to recognize the prefix.

And remember, English has its quirky spellings and consonant clusters, like “naphtha” and “chthonic,” vowelless words like “tsktsk,”  and words like “rhythm” or “nymph,” which use “y,” normally a consonant, as a vowel.

So, in conclusion, our key phrase for “Happy New Year” is:

Of course, if you want to play with other combinations of “happy” plus “new” plus “year,” the world’s your “oisre.”  But for traditional expressions, like “Happy New Year!,” I like to stick to tradition.  So, sin ráite agam, “Athbhliain faoi shéan is faoi mhaise daoibh go léir, a léitheoirí.”  Or if you want to tackle a completely different phrase, “Go mbeire bliain ó inniu faoi mhaise oraibh” (May you prosper in the year to come).  Which could lead us down the thorny path of the subjunctive mood some day in the hypothetical future.  SGF — Róislín