Nollaig nó Nollag (How To Say ‘Christmas’ or ‘of Christmas’ in Irish) Posted by róislín on Dec 24, 2013 in Irish Language

As Christmas approaches, you might be wondering why there’s such a constant variation of whether to say “Nollaig” or “Nollag,” and in a similar vein, “An Nollaig” or “na Nollag.” 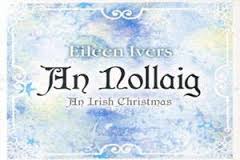 ‘An Nollaig’ as the title of an Eileen Ivers CD (http://www.eileenivers.com/store.html)

First, the basic answer, and then some examples. And before that, a pronunciation pointer.

What is the difference in sound between “Nollaig” and “Nollag“? Well, it’s a bit subtle, but it does involve the difference of a “slender g” (“slender” because of the preceding “i”) and a “broad g” (“broad” because of the preceding “a”). “Nollaig” sounds more or less like “ik” at the end (the second syllable) and “Nollag” sounds more like “ək” (as in “Timbuktu”) at the end.

If we were talking about “Christmases” (Nollaigí), the “slender” quality of the “g” would be a little more prominent because of the following vowel (Í). The “slender g” isn’t a sound that’s very prevalent in English but it does show up in “gules” (the heraldry term) and “ague” (the malady). If the “g” were at the beginning of the word, the difference would be a little easier to hear. Compare, for example, “geoidil” (yodel), with a slender “g,” with “gód” (as in “gód i bhfad,” a “chat” or “discussion”), with a broad “g.” The phrase “gód i bhfad,” is, admittedly a bit obscure (i mo thaithí féin, ar a laghad), but it’s a good example to contrast with the slender “g” of “geoidil.”

At any rate, the “-aig” vs. the “-ag” in Nollaig / Nollag is in the unstressed syllable (the second syllable), which also makes the difference not quite so conspicuous sound-wise.

Christmas as a term unto itself is “An Nollaig,” lit. “the Christmas.” You’d use that if you were listing holidays, for example, or printing a calendar with holidays indicated.
“An Nollaig” is also used in settings like the following:

Tá an Nollaig ag teacht. (The) Christmas is coming. (as the subject of the sentence)

Ceiliúrann a lán daoine an Nollaig. A lot of people celebrate (the) Christmas. (as the direct object of the sentence)

don Nollaig, for (the) Christmas (in a prepositional phrase; here “do,” meaning “for,” combines with “an” to form “don“). Note, however, the phrase “faoi Nollaig” (at Christmas, over Christmas) as opposed to “faoin Nollaig,” the latter usually used for “about Christmas” (i.e. when “Christmas” is the topic of discussion or thought). 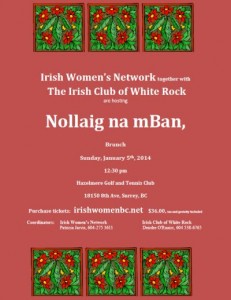 ‘Nollaig na mBan’ in a poster for Irish Women’s Network of BC [British Columbia] (http://www.irishwomenbc.net/)

But sometimes the “an” is dropped, usually when another definite article is an inherent part of the phrase. Probably the most typical example of this is the phrase “Nollaig na mBan,” usually translated as “Women’s Christmas,” but literally (“the”) Christmas of the Women), with the first “the” implied.

So that takes care of using “(an) Nollaig” as subject, direct object, or object of a preposition. And now let’s turn to the question of when do we just say “Nollag” and when to we say “na Nollag“?

For “of Christmas,” sometimes we just say “Nollag” (the form with no letter “i” at the end). Other times, we say “na Nollag,” (lit. “of the Christmas”). I’ve never seen formally stated guidelines for this distinction, but I’ve formulated some of my own, which work for most examples. Of course, there’s a correisceacht which simply “makes the rule.”

For most general purposes, where “Christmas” is more of a modifier than the actual holiday, it’s usually just “Nollag” (no “na“). Generally these situations would pertain to millions of people and households where Christmas is celebrated. Examples include:
bronntanas Nollag, cárta Nollag, crann Nollag, magairlín Nollag (and yes, that’s a flower, not an anatomical reference!), máróg Nollag, pléascóg Nollag

But when we’re talking about the holiday as a unique entity, the definite article is usually included:

Athair na Nollag, Daidí na Nollag, beannachtaí na Nollag, and the somewhat lengthy phrase, “feachtas na Nollag in aghaidh tiomána faoi thionchar dí” (Christmas Anti-Drink Driving Campaign — remember, in Ireland people say “drink driving,” not “drunk driving” as is said in the U.S.). Literally, that last one translates to “(the) campaign of (the) Christmas against driving under (the) influence of drink.”

The main example that has always struck me as exceptional is “Oíche Nollag” (Christmas Eve, lit. “Eve of Christmas”). There’s only one Christmas Eve, all around the world, albeit in different time zones, so I’ve always wondered how this phrase got formulated.

By the way, the word “oíche” (night) does double duty here, since it can mean “night” as well (and usually does). Basically we know it’s “eve” here (the night before the holiday) by tradition and analogy (like “Oíche Shamhna,” Hallowe’en, lit. “Eve of Samhain“). If you want to specifically say the “night of Christmas Day,” you have to specify, “oíche Lá Nollag“). And if you want to specify the “daytime of Christmas Eve,” it would be “lá Oíche Nollag.” I don’t think the latter phrase gets used nearly as much as “Oíche Nollag” itself, but I did find a few examples (and only a few) online, such as the following bilingual announcement, which I have written out interlinearly. Note that the English just says “Christmas Eve” and gives the time (6 p.m.) but the Irish says “day of the Eve of Christmas,” probably to emphasize that the event is relatively early in the evening. In general, the English text is slightly longer, giving a few details not in the Irish.

Aifreann Clainne i Séipéal Eoin Baiste, An Charraig Dhubh / Family Mass in St John the Baptist Church, Blackrock
Lá Oíche Nollag Luan 24 Nollaig at 6.00 in. [sic] / Christmas Eve – Monday 24th December 2012 at 6.00pm.
Léireofar Scéal na Nollag i rith an aifrínn. During this Mass the Nativity is performed by children from our parish.
Fáilte roimh pháistí óga (suas go Rang 2) teacht gléasta mar aoirí nó aingil chun páirt a ghlacadh. All the small boys and girls (up to and including 2nd class) who would like to participate are welcome to do so by coming to Mass dressed as an Angel or a Shepherd.
Bí ann roimh 5.45 má tá páiste agat a bheidh ag glacadh páirte Please arrive no later that 5:45pm and present yourself at the top of the Church to a co-ordinator.
(nasc: http://www.scoillorcain.ie/index.php/nuacht-a-imeachtaaiacute-news-aevents/news/129-nuachtlitir-na-nollag)

Note that none of these translations are 100% literal — translations rarely are. In the “Nollaig Éireannach” example, the “an” is dropped to convey the sense of a general “Irish Christmas” Irish doesn’t have an “indefinite article” the way English, French, Spanish, and German do (a book, un livre, etc.), so we can’t get the implication of a general Irish Christmas by manipulating the article. It’s interesting also that the English doesn’t include the word “concert,” to translate the Irish “ceolchoirm.” D’aon turas? Not necessary because the phrase “An Irish Christmas” with Moya Brennan, implies a musical presentation? But then those reading the Irish version would be aware of that as well.

Speaking very generally, as for why the definite article is used for “the Christmas” in Irish in the first place, I doubt there’s a real specific answer. But I imagine that it’s because the word really refers to “the birth,” related to Latin “natus” and various other English words besides “nativity,” such as “pre-natal,” “ante-natal,” “neo-natal,” etc. Scottish Gaelic has the same basic pattern of sometimes using the word “the” and other times not. Examples include “Bodach na Nollaige” Santa Claus, lit. “(the) old man of “the” Christmas,” but “Oidhche Nollaige,” Eve of Christmas).

Welsh also uses the definite article in most examples I can find online that refer to the holiday itself (am y Nadolig, “for ‘the’ Christmas;” dros y Nadolig, “over the Christmas,” a.y.y.b.). One prominent exception, however, seems to be Lowri Evans’ song “Ti am Nadolig” (lit. “You for Christmas”), which you can find at http://www.lowrievansofficial.co.uk/apps/webstore/products/show/3547848 . And you get cúpla soicind of the song for free at http://www.amazon.co.uk/Ti-Am-Nadolig/dp/B00AEJNFZY. 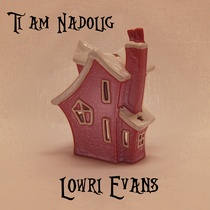 Lowri Evans’ CD entitled “Ti am Nadolig,” the Welsh for “You for Christmas” http://www.lowrievansofficial.co.uk/apps/webstore/

Lowri Evans is a Welsh Indie/Blues/Folk/Country singer songwriter who records (exquisitely) both in English and in Welsh. The tone of the song is hinted at by the use of “ti” (2nd-person singular, i.e. familiar) as opposed to “chi” (2nd-person plural, also used to show formal respect to one person, to one’s elder, etc.). Other uses in Welsh show the same pattern of sometimes using the definite article, sometimes not: