I’ve put myself on display as what the mathematicians call an “existence proof” that an old guy can learn a new language, even when it’s tough. That was Part 1.

I’ve owned up to my own personal main motivators, three of them that drove me to start actually doing something about language learning. I mentioned my really fun first dip into the “go-to-the-country-and-survive-in-the-language” water.  And I described my morning in our café, over coffee and croissants, when I made the big commitment.  That was Part 2. 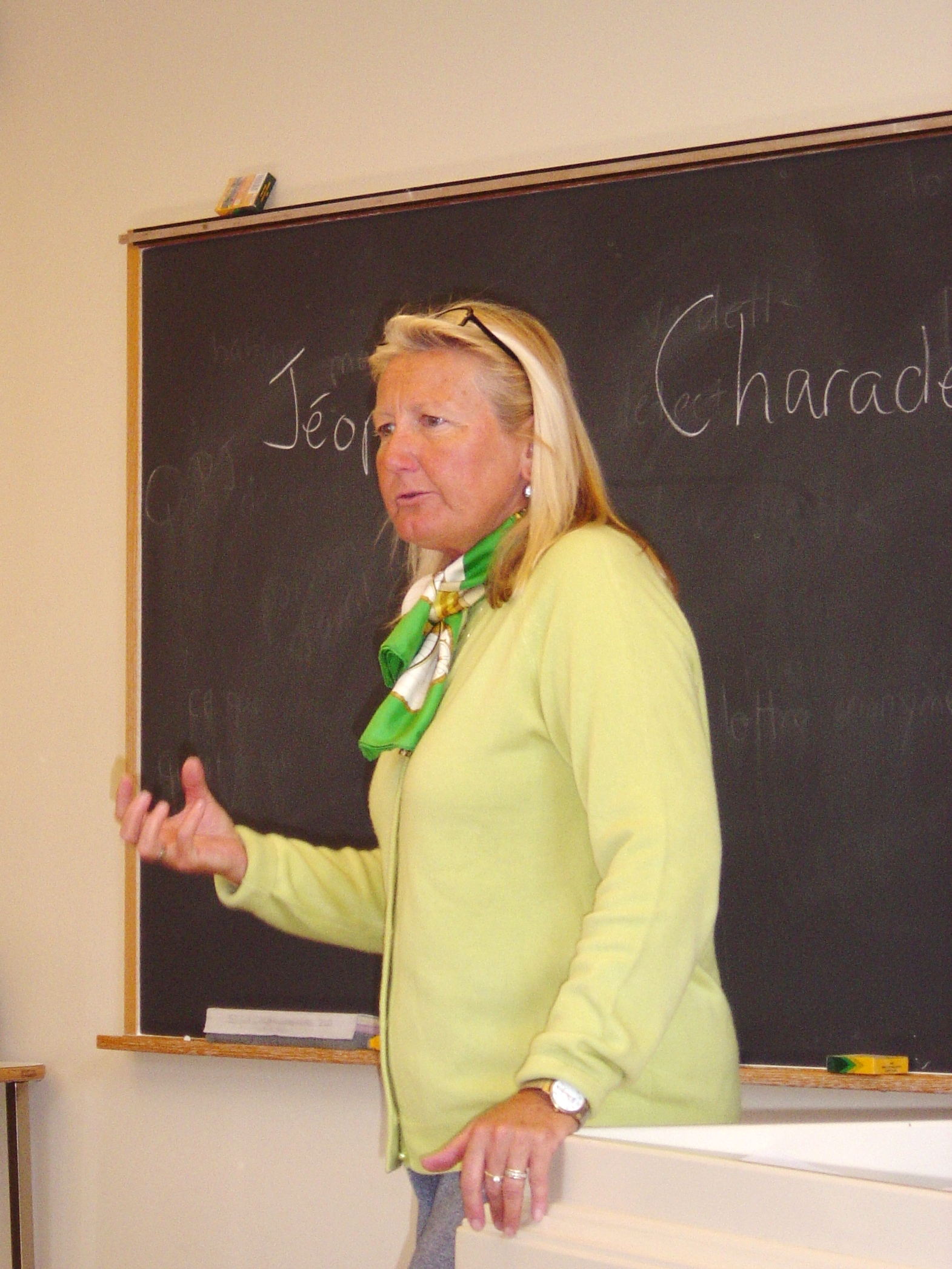 So where was I now, along the path to really knowing the language?  Well, I had plowed through the first year of classroom French instruction at the Extension School, so I knew some vocabulary and grammar. I could read quite well most of the headlines in the Paris newspapers, and I could deal with the full stories, too, but at a comprehension level of maybe 60-ish percent.

But really annoyingly, when I would laboriously grind out a letter or a short essay, diligently working with a dictionary to try to make it perfect, I would still produce a product  that was invariably sprinkled with (mostly minor) grammatical or structural errors.  (Full disclosure:  I’m a lot better at the language now, but that kind of thing still happens in my writing.  Grrr.)

Even worse, could I carry on a conversation in “street French” at that stage?  Forget it!  We had not done much about speaking and listening in my classroom work, and most of what people said to me in the cafés, the magasins (stores), and in the Métro (subway) was an incomprehensible blurt until I asked for mercy and the speaker slowed down.

When it was my turn to speak, the first sentence usually came out more or less OK, but that was only because I had spent the previous minute mentally assembling the proper string of words, with the right genders (I hoped) and the correct conjugation endings (I prayed!).  But after that opening salvo it was too often “stumble and mumble” as I attempted real-time sentence manufacturing, face-to-face with a native speaker.  That situation is intimidating at first, but you’ve got to do it.  And they really do want to help you – first by speaking English, of course, which you have to squash immediately.  “En français, s’il vous plait; je dois l’apprendre” will work – “In French, please; I have to learn it.”

So there I was, functionally reading and writing French, but not quite speaking it or comprehending what I heard. But before I talk about how I addressed those failings (a Part 4 is in order), let me give you some tips about approaches to first-stage language acquisition.

I don’t know how you work, but for me, the first and really essential thing I have to do to give myself any chance of succeeding in a voluntary, self-motivated undertaking like this is to commit to it – very formally.  If I don’t, all the other things that crowd into my everyday life somehow manage to squeeze it off the end my priority queue.  I decide how much time I will spend each week, and I block time on my calendar.  I set reminders, so that I get a beep when one of those blocks rolls around.  How much time per week?  That’s your decision, but as a thinking point, remember:  eight hours is only 7% of the nominal 112 waking hours in a seven-day week.

Once you’re committed, what should you do with those chunks of time?  If you are starting from scratch, as I was, there’s a lot to be said for signing up for a “Language 101” course at some nearby university extension school or community college.  For one thing, doing that assures that you will have some externally-supplied motivation to keep going. As I have said, I did that for both “101” and the second-semester “102” courses.

But even if you are a total beginner, it is still possible to fly solo if you have the will to stick with it (you’re committed, right?).  There’s plenty of free material available on line to help drive the essential base-building task of acquiring vocabulary – a basic reservoir of words and short phrases. But you probably already know this, if you’ve heard of Transparent Language.

After you have built up some level of vocabulary, and if you have a language-learning partner, as I did – AND if you don’t get over-ambitious, as I was – you can try something that didn’t happen to work for me:  the “total-immersion-at-home” game. Consider the following dialog (or almost dialog) between my wife and me as we tried to obey the “only-in-French” rule:

Dick (breaking the French-only rule):  Shouldn’t we be using the informal “tu”?

Demaris (also fudging on the rule):  Rats!  OK…  Connais-tu à quelle heure…  wait a minute; it should be “savoir,” not “connaitre.”

Dick (by now the rule is out the window):  No, it shouldn’t…

Well, you see what kept happening.  It’s pretty hard to argue about… er, discuss… language details, in the language, when you don’t yet really know enough vocabulary to communicate effectively in the first place.

Back to the specific to-dos I’m trying to give you:  for me, tutoring, which comes in several flavors, ranks very high.  But my experience with tutors will have to wait ‘til next time.

Until then, au revoir!  Meantime, grit those teeth, and keep on crunching!

The adventure continues in Part 4.