Now I know what a lot of you must be thinking: “Comic books? They’re for kids!”

In the United States, comic books have had a long history of entertaining children and teenagers with stories of super-heroes fighting villains. The mass of major Hollywood movies based on comic books in the last decade is a testament to their enduring—and even growing—popularity. Consider that just last year a copy of the very first Superman comic released in June 1938 sold for $175,000. It’s clear that comic books are still very much a part of American popular culture. 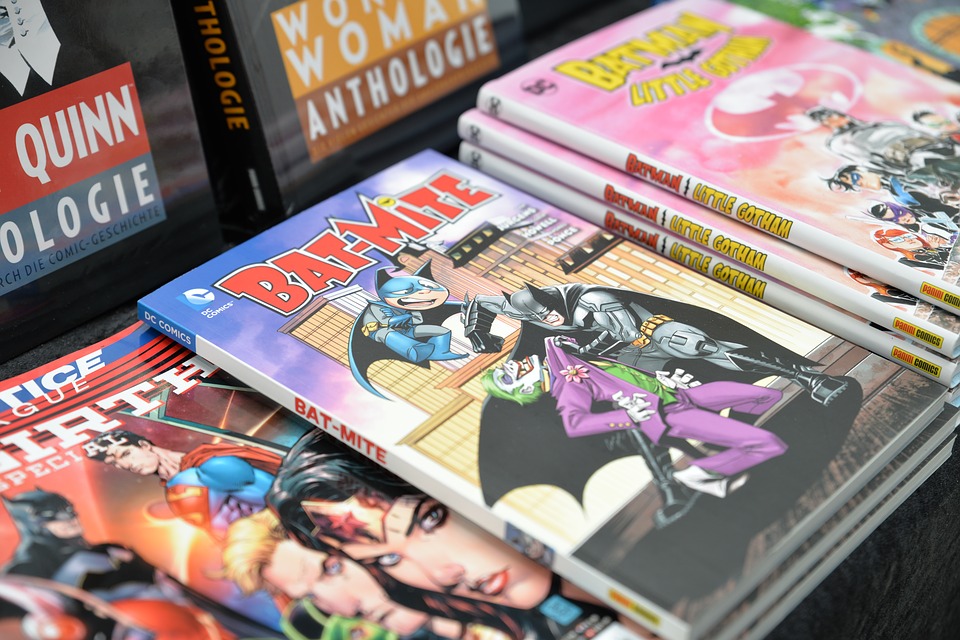 But how can reading comic books help me learn a foreign language?

Let’s take a moment to consider comic books outside the U.S. I lived in France for a number of years as a child and when my mom took me grocery shopping at the supermarket, I spent my time hanging out in the comic book aisle while she shopped. These were not the thin throwaway paperback comics I knew in the U.S., but were hardcover bandes dessinées (comics) that cost around $25 a piece. There were no stories of super-heroes with special powers but only of ordinary people embarking on great adventures. My favorite comic was Tintin. I received my first Aventure de Tintin (Tintin Adventure) as a Christmas gift when I was nine years old. Within five years, I had collected all twenty-two adventures and have remained a fan ever since. The release of the movie The Adventures of Tintin: The Secret of the Unicorn in 2011 introduced the young reporter and his faithful dog Milou (Snowy) to an American audience largely unfamiliar with the stories.

One of the great things about Tintin adventures is that, thanks to their popularity, they have been published in over seventy languages. Language learning should be enjoyable, and reading a Tintin comic in the foreign language of your choice may benefit you more than simply reading a novel.

Comics are typically geared toward children and this is one of the reasons they are perfect language-learning tools for adults. Images, expressions and the storyline all place the speech bubbles into context. This helps the reader understand the text and makes learning fun. After all, there is a reason why picture books make up the vast majority of children’s learning materials. However, unlike children’s books, Tintin comics are sophisticated and aimed not only at children but also at adults. I even used Tintin as a learning tool when I was learning to speak French.

Another distinctive feature of comics is that rarely contain generic phrases so often found in language-learning materials. This is because the purpose of comics is simply to entertain and assumes the reader is already familiar with the language. While the subject matter of comics varies widely, you may be exposed to characters’ use of expressions, idioms and jargon that may seem unfamiliar. Tintin adventures are filled with characters that use distinct and often humorous colloquial expressions. The use of slang in comics might enhance your learning experience and introduce you to more modern forms of expression.

So why not give it a try? Who knows? You might even develop a newfound appreciation for comic books and want to start your very own collection. If a picture is worth a thousand words, then comics are worth a million and you’ll find that reading comics can be both educational and entertaining.