We all struggle with foreign language anxiety. I speak three languages most days of my life here in Medellín, Colombia, and I still get nervous about conversing in the two foreign ones just about every day. 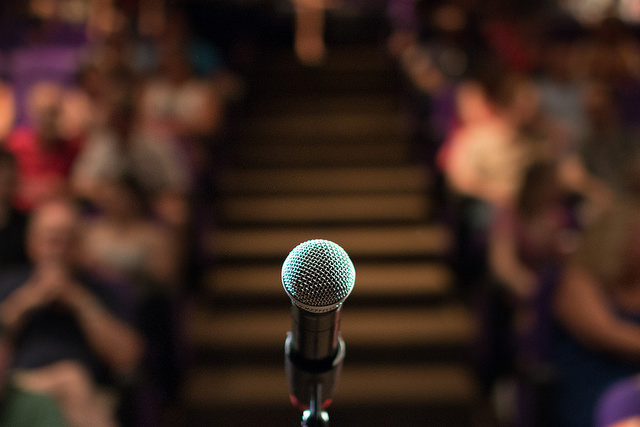 Look familiar? A lot of the time, gearing up to speak a second language feels something like this. Photo by Kian McKellar via Flickr under CC BY 2.0.

I learned both of my languages, Dutch and Spanish, pretty fast, and got used to speaking and using them in my day-to-day life nearly as quickly. But I’ve never actually gotten comfortable with it: that feeling of being foreign, of not belonging, of fumbling around with a toy that I don’t know how to use and isn’t mine to play with in the first place.

It still happens to me in Spanish at least once a day that I say or do something wrong and as soon as my own voice circles back into my eardrum I feel like I’m standing naked in front of the entire building or city block while they stare at me and think, stupid gringo.

If you’ve learned a language and you’ve never been there, I’m pretty sure you’re either a liar or a robot.

But here’s another familiar scenario: you get through a couple minutes’ long exchange in your foreign language, and after a fledgling effort to throw together a few viable sentences that made some sort of sense, hearing and cringing at your own mistakes as you go, only to receive an enthusiastic compliment on your language skills.

It feels patronizing sometimes, but for the most part it’s just native speakers commenting casually and honestly on what they see.

That’s because what natives see is different than what you see when we’re talking about language. The conscious focus and deliberateness with which you think about and use a language as a language learner is fundamentally different from how natives look at their language, to the extent that they even look at it at all.

Language learners, and especially beginners, tend to think of their target language as an object, a thing with black and white edges and a learnable, finite structure to it. The fact that we even refer to it as a “target language” reinforces the idea of learning a language as some sort of nearly physical thing we’re striving for in the hopes of eventually grasping in our hands. 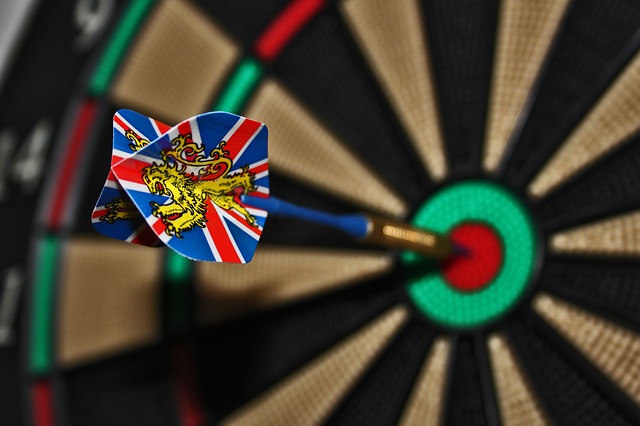 Working towards a “target language” is fine, as long as you know that that bright red bull’s eye exists only in your imagination. Photo via Pixabay under CC0.

But this mentality always leaves us looking at a language: we get caught up thinking about siéntate as the second person imperative form of the reflexive Spanish verb sentarse, “to sit down”, sometimes failing to remember that, more importantly than that, siéntate is an utterance of polite but assertive invitation, a phrase often heard by visitors in Colombian homes, somewhat loosely translating to “just sit down, you’re not going anywhere until I’ve fed you at least twice”.

Most native Spanish speakers don’t really know off the tops of their heads that siéntate is the second person imperative form of the verb sentarse, yet they use it right every time.

Whereas learners and second language speakers are prone to looking at a new language as if it were an object, natives look through the language, understanding it as a process through which people communicate and build community.

Have you ever noticed how many ‘mistakes’ you make in your mother tongue?

Polyglot problems aside, we all consistently forget some words, spontaneously mispronounce others, suffer from ‘tip of the tongue’ moments, and compose horrific sentences from time to time.

I don’t know about the rest of you, but the more I think on this, the more I notice myself saying things like “can you put the this thing in the… over there” in English, my native language. Even native speakers make mistakes. 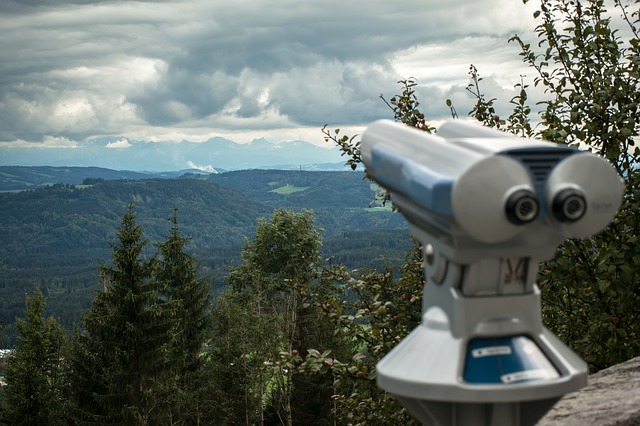 While you’re fussing with lenses and angles and polishing the outside of your binoculars, natives are peering into the eye hole and enjoying the view. Image via Pixabay under CC0.

As a native, I get away with this ten times out of ten, partly because being a native means getting the benefit of the doubt. But by the same token, when you ask a native speaker of your target language to “hand me the that thing” or tell them that “I like this ones”, it’s usually a non-issue.

The big secret is this: the reason natives don’t care when you make mistakes is because they hardly ever notice.

While you’re staring so hard at the language, natives are staring right through it, using it as the communicative tool it’s meant to be. 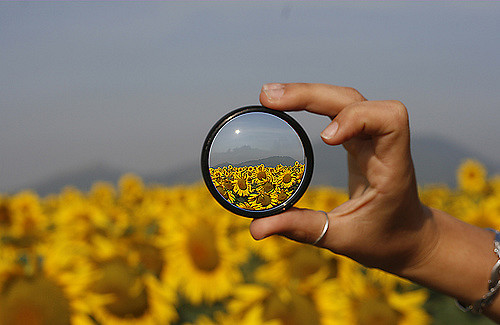 Photo by marco magrini via Flickr under (CC BY-NC-ND 2.0).

When we hear our native language, our brains are already so busy trying to predict what comes next that we actually, frequently, fill in a ‘correct’ version of what someone’s saying without ever even listening to see if they mess it up.

We treat our own native language like a process, not a thing: native speakers aren’t really paying any attention to your words and sentences because they’re too busy communicating, interpreting your idea, and mentally composing their own response to it.

While you cautiously hunt and peck with your two index fingers, deliberately selecting each letter and punctuation mark, the native across from you communicates in a ten-finger flurry without so much as a glance at the keyboard. But the result is the same: a communication with a few typos and spelling errors, but one that gets the message across.

So instead of failing by not trying, just try shifting your attitude a bit.

First, let go. Once in a while, you’ll say something absolutely ridiculous, and depending on the severity you’ll be a public joke for a couple seconds to a couple minutes. Try to laugh at yourself, to learn from your mistake, and not to take it personally.

And once you let go a bit, you can stop staring so self-consciously at the language, neurotically scrambling to decline every noun to perfection, and start looking through it, typing away with all the fluency of a native without ever distracting yourself with that keyboard.