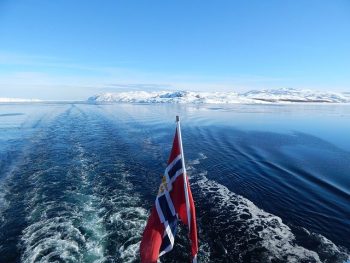 (Image courtesy of Jörg Gross at Pixabay, no copyright.)

Gratulerer med dagen! (Happy May 17th!) Today Norwegians all over the world are celebrating their grunnlov (constitution – from 1814). This year, of course, is very different. Most of the fun 17. mai-tog (May 17th parades) have been cancelled. 🙁 Instead, children and adults have to celebrate hjemme [YEMMeh] (at home). Let’s join the celebrations online with these 17 things to love about Norway!

1. Norsk natur er fantastisk (Norwegian nature is amazing). Where else in the world can you enjoy a similar sight of fjell, fosser, fjorder (mountains, waterfalls, fiords) – and actually hike in the middle of everything?

2. Nordmenn er vennlige (Norwegians are friendly). Many tourists are surprised by the Norwegians’ genuine kindness.

3. Troll! (Trolls! Don’t believe me? Well, watch the movie Troll Hunter and you’ll see just how many trolls are lurking in the countryside!)

5. Norwegian is a very melodic språk (language) – to many foreigners it sounds as if Norwegians are singing, when they’re in fact just chatting!

6. Norwegian cities are very peaceful, and lufta er rein (the air is clean – at least compared to many cities elsewhere in the world!)

7. Viking heritage! From dragon ships in Oslo to words from the old Viking language surviving in modern dialects, the heritage of the vikinger is still very much alive in Norway.

8. Midnattssol (midnight sun). North of Polarsirkelen (the Polar Circle), during summer, sola (the sun) never sets – just kind of makes a touchdown on the sea before bouncing up again. (The price for this marvel, of course, is total darkness during winter, but remember, this is a celebratory post!)

9. Nordlys (Northern Lights). Just as with the midnight sun, you have to cross the Polar Circle and go to places like Tromsø to fully experience this amazing phenomenon – although the green ”sky-curtains” can certainly also be sighted further south (if you’re lucky!)

11. Norwegian is your stepping stone to the other Scandinavian languages. Surveys have shown that Norwegians understand Danes and Swedes far better than the other way around. Due to its history, (Bokmål) Norwegian shares a huge amount of vocabulary with Danish – but is pronounced in a way that is much closer to Swedish.

12. Even with climate change and receding breer (glaciers), Norway remains a place where you can experience a real skieventyr (ski adventure) with endless, snow-covered plains and slopes beneath a blue sky.

13. Norwegians protect diversity. While dialects are getting watered down in many other European countries, Norwegians strive to maintain their local way of speaking – and people can even pick from two official writing systems, Bokmål and Nynorsk. (Well, for Norwegian learners this may admittedly be confusing, but remember, this is a glass-half-full post, and diversity should certainly be more interesting to language geeks than uniformity! 🙂 And let’s not forget about the languages of the Sami people either…)

14. Norwegian nouns can be stringed together in marvellous ways: menneske (human being) + rettighet (right) + erklæring (declaration) = Menneskerettighetserklæringen (the Declaration of Human Rights).

15. It’s bit of a cliché, but a considerable number of Norwegians of both sexes actually do a lot of outdoor sports and become these smiling, jovial and fit persons that seem to attract singles from other countries. If that’s you, you may join the chorus of Big Bang’s 2009 hit: Can I talk to the prettiest girl in Oslo?

16. Norway has one of the longest coastlines in Europe, and there is just so much to explore – whether you go island-hopping in Lofoten or travel with the Hurtigruten ship from Bergen and all the way to Kirkenes in the far north.

17. In many countries, national days are celebrated with military parades and the display of heavy weapons. In Norway, May 17th is celebrated with parades of singing and jubilant children.