Olá queridos leitores! When we talk about Brazilian music, what comes to your mind? Most of you might be thinking of our beloved samba, bossa nova or even funk, which are the most popular gêneros (genres) outside of Brazil. What these and many other musical styles have in common is actually their origin and major influence. The ritmo (rhythm) of the tambores (drums) in the batucada, the harmony of the cantos (singing) and the movement of the danças (dances) are closely linked to the Afro-Brazilian religiões (religions). Are you familiar with any songs or albums about Afro-Brazilian divindades (deities)? Well, if you want to start your day in high spirits, stick around! Our text today will cover três álbums fundamentais (3 essential albums) to brush up on your Portuguese skills and get to know a cultura negra do Brasil (Brazil’s black culture). 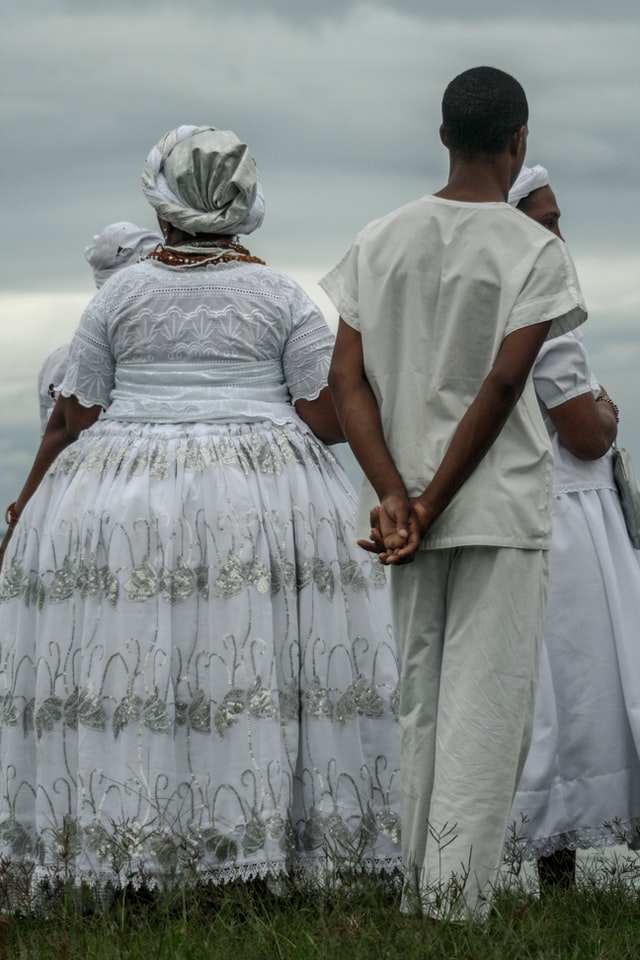 Antes de mais nada (First of all), delve into the universe of Afro-Brazilian crenças (beliefs). Orixás, word deriving from the Yoruba language, refer to the spirits in candomblé or umbanda, two typical Afro-brazilian religions. Iemanjá, Oxum, Xangô, Oxalá, Oxóssi and Exu, all of these orixás have a mystical and symbolic significado (meaning), com suas próprias festas e comidas típicas (parties and typical foods), as well as cores e símbolos (colors and symbols) of their own. Although they are seres divinos (divine beings), they have feelings like us: they amam, sofrem, entristecem, alegram ou ficam com raiva (love, suffer, get sad, get happy or get angry). That is why it is quite common for people to make oferendas (offerings) to the orixás. Without further ado, it1s time for some tunes!

On this album, guitarist Baden Powell and compositor (composer) Vinícius de Moraes (autor of the unforgettable hit “Garota de Ipanema”), combine to criar (create) one of the most iconic masterpieces of popular Brazilian music. Afro-sambas is an album where the traditional songs of worship for the orixás are mixed together with samba. One of its highlights is the song “Canto de Xangô”. You can check out the full album below and cantar junto (sing along) with the letras (lyrics) in Portuguese here.

Get ready for some musical gold. Os Tincoãs is a group that got together in the 1950s in Bahia that was strongly influenced by the Candomblé religion. The soft and melodious singing in their songs was called africanto, due to their members being hugely inspired by their African raízes (roots) and identidade (identity). On the album that bears the group’s name, be sure to listen and sing along with “Deixa a gira girar“. It can lighten anyone’s mood and make you feel like you’re sitting on a breezy beach.

In the Yoruba idioma (language), Metá Metá means “três em um” (“three in one”), and this band from São Paulo is made up of three musicians who try to experiment with sons (sounds) on each album. They work with a wide range of musical genres and rhythms, such as rock, jazz and samba, always emphasizing lyrical elements of Afro-Brazilian influence. “Vale do Jucá”, the song that opens this album, is crucial to understand this band’s web of references.

Of course, there are many other excellent songs and musicians who have dedicated to the world of Afro-Brazilian culture and religions. Vocês conheciam algum destes discos? Did you know any of these albums? Make sure to comment on your impressions about the songs and what you think of our text. I hpoe this was an opportunity for you to learn Portuguese with music! Até mais!