How 4 Words Caused a Political Crisis in the Netherlands Posted by Sten on Apr 5, 2021 in Dutch Language, Idioms, News, Politics

The past two weeks, the Netherlands was in de ban van (under the spell) of the ominous words “Positie Omtzigt, functie elders” (position Omtzigt, job elsewhere). Who is Omtzigt, where do these words come from and what does this all mean? Here’s how these four words caused a political crisis in the Netherlands. 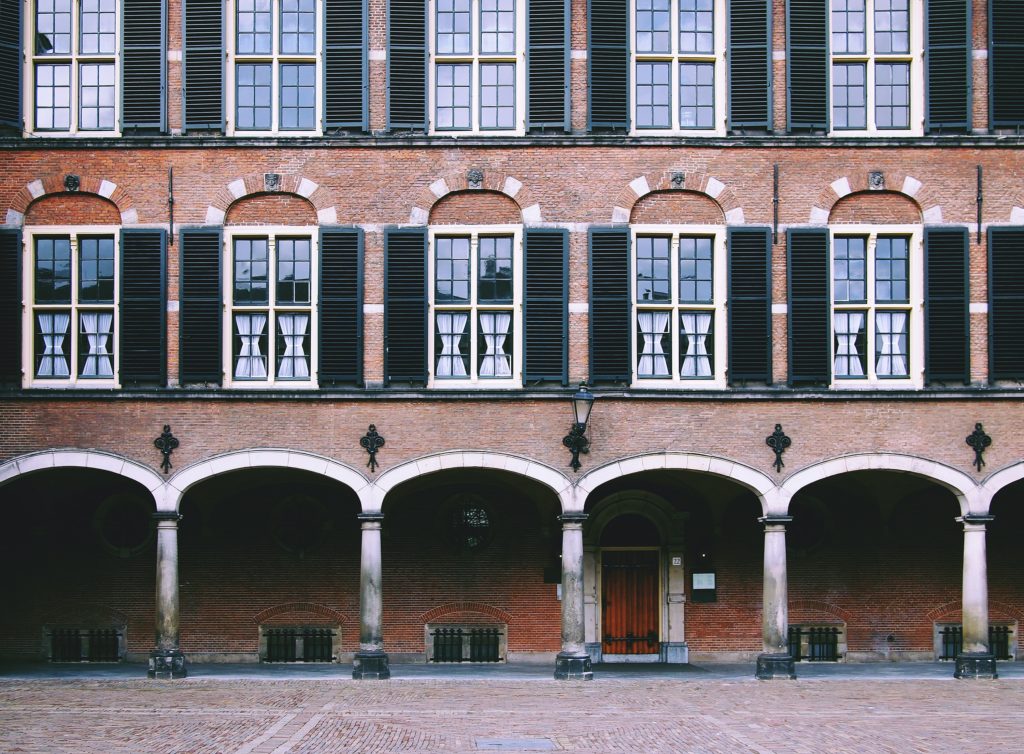 Photo by Daria Nepriakhina on Unsplash

Before we can talk about the origin of these words, we need a little preface. The Netherlands just held elections. Once the results are clear and the new parliament starts out, it kicks off the kabinetsformatie (cabinet formation) with the appointment of a verkenner (“scout”). Such a verkenner talks to the heads of each of the parties that entered parliament about who they can imagine working with and what their main points are. That’s 17 parties this time around, so you might need many parties to come together to get a majority government. This time is a bit special, too, because the Tweede Kamer (Second Chamber, the lower house of parliament) appointed two, not one, verkenners.

The verkenners started their talks with the 17 parties, one by one, starting with the biggest. Despite the toeslagenaffaire (child welfare fraud scandal) that came to a head in January, which caused the current government to step down, the VVD is still the biggest party. The VVD is the party of prime minister Mark Rutte.

The talks that the verkenners hold are behind closed so that parties can in confidence explain their points of view.

However, inadvertently, some of these talks leaked two weeks ago. One of the verkenners, Kajsa Ollongren received the news that she got a positive COVID test one morning. With this news, she quickly grabbed her papers and paced outside to the car to get on home to quarantine. However, she was not very careful. One of her notes was showing, and a photographer got a picture. Different talking points could be deciphered. One of them was “Positie Omtzigt, functie elders” (position Omtzigt, job elsewhere).

What do these ominous four words mean?

So who’s Omtzigt? You may recall the scandal earlier this year regarding the child benefits fraud, which caused the cabinet to step down. Pieter Omtzigt is a parliament member who was at the forefront of bringing all that to light. And he was highly regarded for that in the elections. He got enough votes in the election for 5 seats in parliament!

Some say that because of this, Omtzigt is a doorn in het oog (“thorn in the eye”, thorn in the side) for the current cabinet. Especially for Prime Minister Mark Rutte. And so, functie elders could refer to a wish to wegpromoveren (“promote away”) Omtzigt. By giving him a cabinet or other position, the argument goes, he can no longer be a problematic member of parliament.

Furthermore, it’s very odd that during the verkenningsphase (exploration phase) of the formation, there is discussion surrounding specific people.

That’s the gist of Positie Omtzigt, functie elders. A hot mess. Immediately after this came out, Wopke Hoekstra, the leader of Omtzigt’s party CDA, announced that he was shocked by the news. So he probably didn’t namedrop Omtzigt. The obvious question is: Who did mention Omtzigt? Did Rutte?

An odd date for a debate like this, but on April 1, the Tweede Kamer held a debate to discuss this matter. A day earlier, the Kamer requested the publication of the documents that the verkenners drafted to find out who said these words or discussed Omtzigt. Rutte had firmly denied it before.

While not all documents were made public, the conversations with Rutte were. And here, it turns out that he did mention Omtzigt. He said “er moet wat met Omtzigt” (something needs to happen with Omtzigt).

Both the verkenners and Rutte declared that they simply misremembered what was being said, while admitting that it was problematic that Omtzigt was mentioned in the first place in these talks.

After a heavy debate that went until deep into the night, there was a vote of no confidence. It failed by a hair. A vote of disapproval did get a majority.

However, Rutte’s response was to stick around, and fight to get the vertrouwen (confidence) back.

Can Rutte still continue as premier (prime minister)? Will there be new elections? It’s all up in the air again, all caused by the four words: Positie Omtzigt, functie elders.