Guten Tag! As it’s my last post before Christmas I thought it’d be fun (educational fun… haha) to get into the Christmas spirit with a German Christmas quiz! Throughout the years the team here on the German blog have written some great articles about Christmas time in Germany. So, first of all, make yourself a cup of coffee (or Glühwein, if you fancy), sit back and have a read of these Christmassy German articles:

The Christkind – a German Christmas angel that brings gifts to children

The origin of the Christmas tree – yes, it’s German!

The ‘other’ Christmas in Germany – St. Nikolaus Tag

The history of the Adventskranz (Advent Wreath)

Now you’ve got an idea of what Germany at Christmas time is all about, it’s time to test your knowledge. Here is your German Christmas Quiz 2016! Leave your answers in the comments and I’ll let you know how many you got right! FROHE WEIHNACHTEN!

Match these German Christmas bakes to their English names or descriptions: 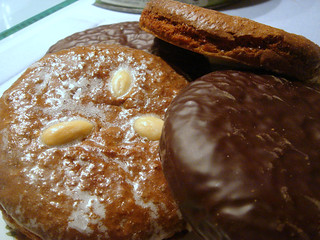 Photo by acme on flickr.com under a CC license (CC BY 2.0)

True or false: The Adventskranz (Advent Wreath) was originally created for orphans as a means of counting down the days to Christmas.

Which one of these is die Stechpalme? 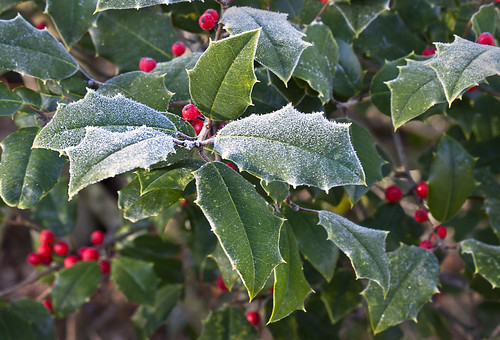 Is it holly? Photo by calliope on flickr.com under a CC license (CC BY 2.0) 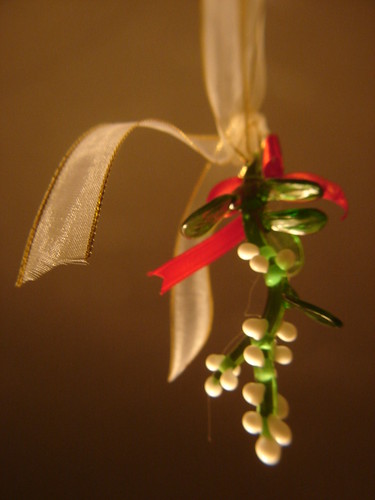 Or is it mistletoe? Photo by zeusandhera on flickr.com under a CC license (CC BY-SA 2.0)

The Christkind brings gifts to children on December 24th. But why does the Christkind exist if Germans already have Santa Claus?

True or false: Christmas Germany is celebrated on December 24th, not December 25th. You won’t see December 25th on a German advent calendar.

The German word ‘Dickbauch’ literally means ‘fat stomach’. But what is the German legend of Dickbauch all about?

Which of these words means ‘Christmas tree’? 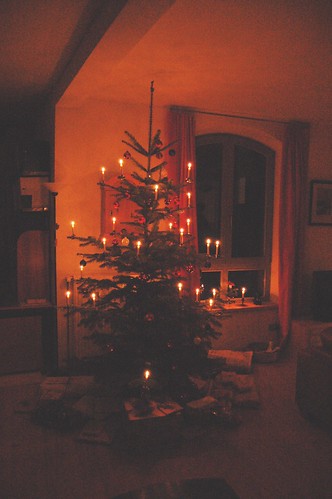 Photo by wrobel on flickr.com under a CC license (CC by 2.0)

Who or what is Krampus?

I hope you’ve enjoyed reading about German Christmas time, and that you’ve had a bit of fun with the quiz! Leave your answers in the comments and I’ll let you know your score. All that’s left from me to say is ….