China is a huge country, with provinces, municipalities, autonomous regions, and SARs. Yeah, it’s a bit complicated. That’s why we’re going all around the country and introducing each place one by one. It’s been a while since the last post in this ongoing series, so here’s a recap for those of you who haven’t been following the blog for very long:

Since there are so many provinces in China, we’re going to forget about all of the other places for now and get back to checking them off the list. Today we’re heading to the east coast of China and Shandong province (山东省 – shān dōng shěng) – home of China’s most sacred mountain, Confucius, and Tsingtao beer! 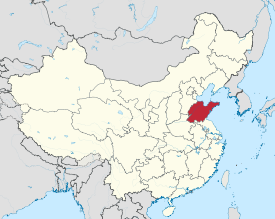 Shandong on the map.

Shandong has a history going back thousands of years, and it is of great historical importance to the entire country. Way back in the 21st century B.C., the Dongyi people (东夷 – dōng yí) called this area home. Later on, western Shandong was an important area in the Shang Dynasty. When the Zhou conquered the Shang, the area was the center of military and political activity. During this Spring and Autumn Period (春秋时代 – chūn qiū shí dài), two powerful states emerged in Shandong – Lu (鲁 – lǔ) and Qi (齐 – qí). The state of Lu is famous because Confucius was born in this time and place. In 221 BC, the Qin Dynasty came to power, destroying the Qi and founding the first unified China.

Of course, such a long history tends to get complicated. During the Three Kingdoms Period (三国 – sān guó), Shandong was a part of the Northern Wei. After that, Shandong would change hands numerous times as nomadic peoples from the north invaded. Unity finally came in the Sui Dynasty and improved during the Tang. This didn’t last long, though, as China soon split up during the Five Dynasties and Ten Kingdoms period (五代十国 – wǔ dài shí guó). As the Five Dynasties were all in the north, Shandong was a part of it.

China was once again unified during the Song Dynasty, but that didn’t last very long. The Jurchen Jin Dynasty came in and took over northern China. It was at this time that the name Shandong was first used. The modern province of Shandong, however, came into being during the Ming Dynasty. The Manchus soon came to power, though, and during their Qing Dynasty, Shandong got what are more or less its present day borders. 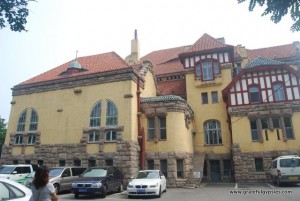 Next up in Shandong’s history is its western influence, as Qingdao was leased to Germany and Weihai to Great Britain. After World War I, the German concessions were transferred to Japan instead of back to China. Thanks to mediation by the US, Shandong went back to China in 1922. As this was during the warlord era of the Republic of China, the area went back and forth between different cliques.

World War II once again saw Shandong coming under Japanese control. Here, the Japanese instituted their policy of “kill all, burn all, loot all.” After the Japanese surrendered in 1945, the Chinese Civil War was still going on between the Communists and the Kuomintang. By June 1949, the KMT was completely driven out of China, and the modern day People’s Republic of China was established in October. 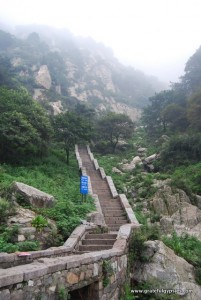 The name Shandong literally means “east of the mountains,” and that’s a good way to sum up the geography of the area. Although it’s mostly flat, there’s more to this province geographically than meets the eye. Technically speaking, the southwestern, western, and northwestern sections of the province are all part of the massive North China Plain (华北平原 – huá běi píng yuán). In the middle, you’ll find mountains, including China’s most sacred Buddhist mountain – Mt. Tai (泰山 – tài shān). The east side is where China ends and both the Bohai (渤海 – bó hǎi) and Yellow Sea (黄海 – huáng hǎi) begin. It’s not just about the sea here, though, as the Yellow River (黄河 – huáng hé) also passes through. The longest artificial river in the world – the Grand Canal of China (大运河 – dà yùn hé) – also makes its way through Shandong. Other than the coast, Shandong shares a border on land with Hebei, Henan, Jiangsu, and Anhui.

Climb Mt. Tai with me!

Shandong province has four distinct seasons, and it is considered a temperate climate. Most of the rain falls in the summertime, which can also be quite hot. The temperature often plunges below 0 degrees Celsius in winter, and it can also be very dry during the colder months. For climbing Mt. Tai, the best time of the year is probably May. For hitting the beaches, the hotter months of July and August are best in terms of weather, but you’ll be swimming in a literal sea of people at this time of year. 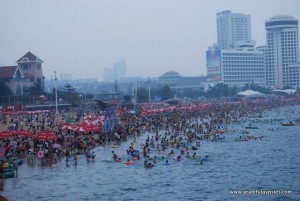 People mountain, people sea – the beach in Qingdao in August.

It may come as a surprise to some that Shandong is actually the second most populous province in all of China, just behind Guangdong. As of the 2010 census, the population of this coastal province is nearly 96 million. Of these nearly 100 million people, 99% are Han Chinese, so it’s not exactly the most diverse place on the planet.

Food is an important part of the culture here, as Shandong cuisine is considered to be one of the four great culinary traditions in China. More commonly known as Lu cuisine (鲁菜 – lǔ cài), it can be broken down into two major styles – Jiaodong style, with an emphasis on seafood, and Jinan style, which features a lot of soups. There are also two types of opera that are popular in China and originated here – Bangzi and Lvju.

An introduction into Shandong, or Lu, cuisine.

Shandong is rich in places that are famous in China. For starters, there’s the aforementioned Mt. Tai. This mountain is the holiest of them all in the Middle Kingdom, and tons of people make the pilgrimage to climb up and watch the sunrise. Not too far away, you’ll also find the hometown of Confucius (孔子 – kǒng zǐ) – Qufu (曲阜 – qū fù). 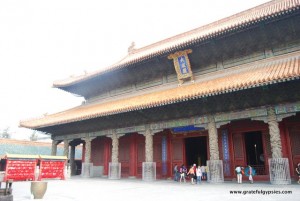 Check out the Confucius Temple in Qufu.

You’ve also got the coastal city of Qingdao, home to China’s most well-known brand of beer – Tsingtao (the spelling of the beer still uses the old Wade-Giles format for Chinese characters). Once a year, thousands of people descend upon the city to get sloppy at the Tsingtao Beer Festival. Having visited on two occasions myself, I can highly recommend it. 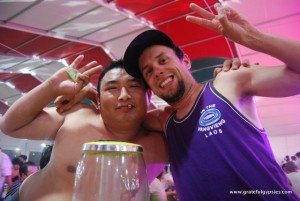 Getting silly at the Tsingtao Beer Festival.

With a long and rich history, the hometown of Confucius, beaches, a sacred Taoist mountain, incredible cuisine, and of course the madness of an annual beer festival, Shandong is definitely a place you’ll want to check out if you visit China.