In today’s blog I wanted to talk about 12 months of the year in Polish. As we know, names of the months in Polish language are very unique! They sound amazing to me and I think that most of you will think the same! Just take a look: 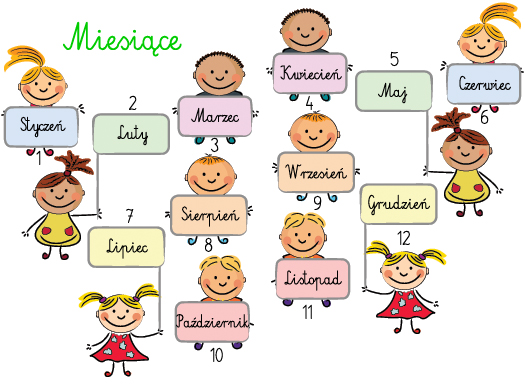 Names of the months in Polish

Names of the months and their meaning

Styczeń is January in Polish. Usually pretty cold with snow in most of the places in Poland! Here are some great sayings about styczeń:

Luty is February in Polish. Still cold and snowy!

Kwiecień here we come! Kwiecień is April in Polish!

Maj is my favorite month of the year! Maj is May in Polish.

How to plan Majówka weekend in Poland

Czerwiec is June in Polish language. We are half way through! Didn’t I tell that Polish months names sound awesome?

Sierpień is August in Polish!

Wrzesień is September! Kids go back to school and beautiful golden autumn in Poland starts!

Październik is October in Polish!

Listopad – we are getting closer to the end of the year! Listopad is November in Polish!

And finally we are at the end: Grudzień! It is of course December in Polish!