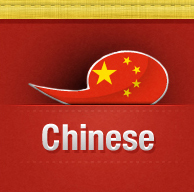 It’s been an amazing year for Transparent Chinese. Our Facebook page passed the 50,000 fans mark, our YouTube and Twitter pages have had great success, and our blog looks better than ever. Of course, we couldn’t have done it without YOU! We’d like to thank all of our readers for supporting us and making 2011 the best year yet, and we look forward to bringing you an even better year in 2012. For those of you who may be newcomers, here’s a list of our personal favorite posts from this year:

How to say Yes and No in Chinese.

History: From the Last Emperor to Chairman Mao

As far as travel goes, here are a few of my personal favorite travel videos from 2011:

The Harbin Ice and Snow Festival.

The best, and most fun video of them all – the Qingdao Beer Festival.

Well, there you go, that should keep you busy for a while! If that isn’t enough for you, cruise by our website for even more resources to help you in your quest to study Chinese. See you in 2012… until then, Happy New Year (新年快乐 – xīn nián kuài lè)!